You are at:Home»Current in Westfield»A non-automated call center

If you want to know what’s happening in Westfield, soon you will be able to report potholes, high water and non-emergency questions by dialing three-digit phone number.

The to-be-determined numbers will direct callers to a 24-hour call center. Derrick Cash, Westfield Dept. of Informatics director, said the project is one of the department’s goals for 2012.

“It’s a one-stop-shop for residents and it increases the efficiency of the city and lightens the volume of nonemergency calls to other departments,” Cash said. “There will be a real person answering callers’ concerns; they won’t have to talk to an automated voice.”

Cash said the Westfield call center not only will help filter calls from residents, it also has the potential to increase the efficiency of our city’s government.

“It’s staffing six to 12 people who are handling anything from receiving work orders to distributing them to city operations, or relaying information to constituents; it helps speed the work flow.” 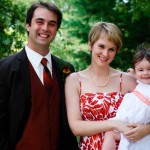 “I love family time with my wife and daughter, they’re beautiful people who light up everything around them.”

Cash said the call system project, which is in its early stages, will be similar to the Indianapolis Mayor’s Action Center.

“With all the growth in Westfield and the building of Grand Park, we need a grand scheme to keep up with the growth,” Cash said. “Residents have several outlets to get in touch with the city, such as Eyes of Westfield, but a call center can funnel those calls in the right direction and help keep our city efficient as it continues to grow.”