You are at:Home»Current in Carmel»Carmel Community»City brings out two new statues, has more in storage 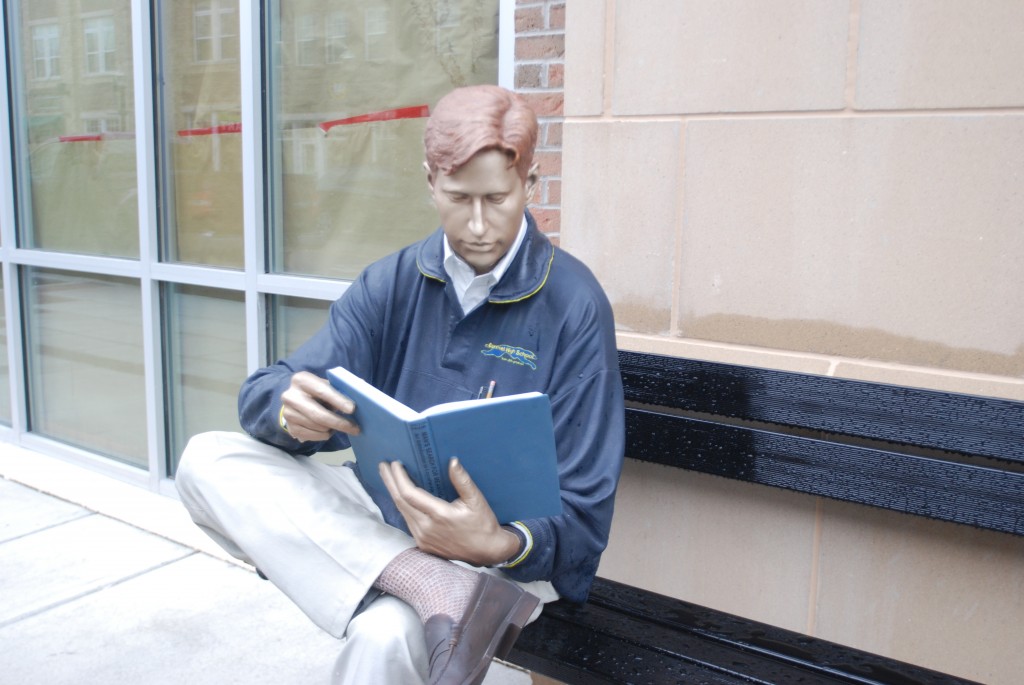 Even after unveiling two new statues last weekend, the city isn’t done adding to its public art display in the Arts & Design District.

A total of 14 statues by artist J. Seward Johnson are displayed in the district after two new pieces were added to the public collection during the IU Health North Hospital Valentine’s Gallery Walk Feb. 11. City spokesperson Melanie Lentz said Carmel took the statues from its inventory of previously purchased pieces created by Johnson. And the city’s stockroom of art is not empty.

“There are another two in storage,” Lentz said.

The city purchased a total of 16 of the statues for approximately $80,000 each, according to news release from the Dept. of Community Relations. Lentz said the recent additions – named “One Man’s Search” and “Ambassador of the Streets” – were held in storage until suitable locations for them were identified.

She added there is no timetable for the unveiling of the final two sculptures.

From the city’s press release: