You are at:Home»Current in Fishers»Pizza, fries and … whole wheat pasta? 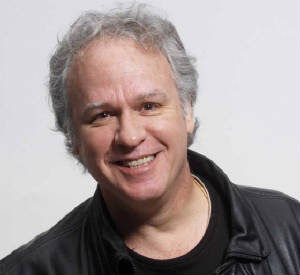 Lots of hubbub lately about school lunches.It has something to do with making them healthier. Either that, or “hubbub” is the new name for mystery meat covered with weird brown gravy.

No, seriously (which is difficult for me, so hang on) the government has announced new guidelines for the calorie and sodium contents of school lunches. I think it’s great, and I say this as one whose struggles with weight began back in elementary school and continue to this day.

Of course, new guidelines will mean the end of many of the so-called staples of the modern school lunch room – pizza, fries and the like – in favor of healthy alternatives.

This takes me back to the school lunches of my kidhood. By that I mean, PIZZA? FRIES? Where were these things when I was going to school? Back then, lunchtime was something you dreaded. Really. In some of my schools, kids actually tried to get out of lunch period in favor of extra algebra classes.

The dish that characterized school lunches back then was a baked noodle-and-tomato glop, called Johnny Marzetti (or Mazetti, depending on where you went to school). It was supposedly named for a man who owned a restaurant in Ohio, although one of the big kids told me it was REALLY for a guy who murdered his entire family with rat poison and a No. 10 can of Franco-American spaghetti.

Next was chop suey, the school kitchen’s salty, lumpy take on Chinese food, which we instantly renamed Chopped Sewage. Having gone on to enjoy true Chinese cuisine, I shudder to think how accurate we were.

This brings up the school lunch hamburger, which was known to bring itself up about two hours after you ate it.

I know what you’re thinking. I could have solved a lot of problems by carrying a lunchbox. I did for a while, until my mother, faced with three kids with three wildly differing preferences, made her famous “I’m Not Running a Diner” speech in 1966, leaving me to fend for myself, lunchbox-wise. And a fellow can eat only so many peanut butter sandwiches.

Ah, but that’s all in the past. Now we’re in the era of the healthy lunch, and I just can’t help but think what would have happened had they tried this when I was in school. Whole wheat pasta? Baked sweet potato fries? We would have thought they were trying to kill us.

Then again, we always did.

Mike Redmond is an author, journalist, humorist and speaker. Write him at mike@mikeredmondonline.com. For information on speaking fees and availability, visit www.spotlightwww.com.