You are at:Home»Current in Westfield»City proposes utility rate increase 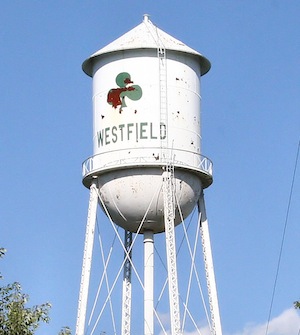 The City of Westfield proposed rate adjustments at last week’s city council meeting.The proposed ordinance was presented by Public Works Director Kurt Wanninger and Consultant Jim Treat from O.W. Krohn & Associates. The rate increases are due to $30 million worth of infrastructure improvements needed for the water system and the existing debt on the wastewater.

The ordinance proposes an increase in the water and wastewater rates, and a new rate structure designed to provide a green conservation approach relating to usage. A council subcommittee consisting of councilors Jim Ake, John Dippel and Bob Horkay, were tasked to evaluate needs, rates, proposed rates and to create an ordinance with adjustments for the entire council to evaluate. “While we realized a rate increase is not favorable for our constituents, we were able to modify the original numbers so the increase is less of an initial spike on the ratepayer” said Bob Horkay, council president and subcommittee member. “We are also exploring additional ways to help alleviate the burden of additional rate adjustments to ratepayers and future capital costs. Additionally, we made conservation a priority in the new rate structure while adding a summer savings plan for residents on the wastewater rates and charges. I believe it’s a good compromise,” said Horkay.

The proposed ordinance calls for a less than $10 dollar per month increase in utility bills with smaller increases each year until 2016. According to Wanninger, the increases are necessary now due to the water capital needs, and to stay in step with consumer demands and wastewater debt service. “We have plenty of water supply, however, we need water distribution pipes, transmission mains and ultimately a new water tower to ensure adequate water supply for customer demands and fire protection to residents,” says Wanninger.

The public hearing for this proposed ordinance will be held at Westfield City Hall Monday at 7p.m. The council could vote on the ordinance as early as March 12.