Chaucie’s Place is changing in its 11th year 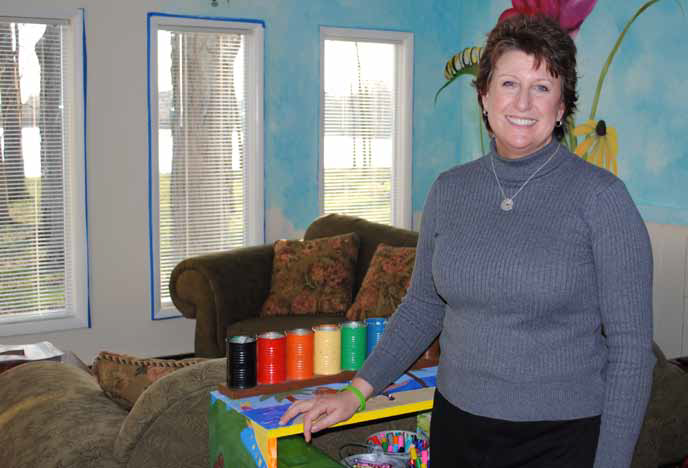 Last year it celebrated its 10th anniversary. It’s a fixture in both the city and county, and community support is at an all-time high. Yet Chaucie’s Place is experiencing significant changes.

First, the county’s original child advocacy center moved into a new home late last year, as plans for future development forced the nonprofit out of its nearly rent-free location at Main Street and Old Meridian. Now, the organization is not changing its mission, but is completely shifting its approach to helping the children of Hamilton County.

After 10 years and thousands of interviews as a full-fledged child advocacy center, Chaucie’s Place in year 11 is “strengthening its focus”on education. While the Chaucie’s Place of years past specialized in helping the child abuse victims who came through its doors, today the organization is ramping up its prevention programs in an effort to keep as many children as possible from needing such assistance.

“While reacting to child abuse is still critical and very important to what we do at Chaucie’s Place, we’re focusing more on prevention and keeping kids from coming through our doors,” said Toby Stark, executive director of Chaucie’s Place.

In the past, the child advocacy center’s primary function has been to house and conduct forensic interviews as part of a multidisciplinary team. In these situations, a team consisting of law enforcement officers, the Dept. of Child Services and a member of the prosecutor’s office would come together at Chaucie’s Place to watch and provide feedback as a trained interviewer on Chaucie’s staff would question an alleged victim from another room. Getting all of the parties together for one interview results in a more accurate account of the incident and reduces stress on the child.

But as a December report by Current in Carmel revealed, circumstances have changed in the past two years. A rift between old leadership of Chaucie’s Place and law enforcement officials eventually led to an extremely rare outcome: the creation of a second – essentially competing – child advocacy center in Noblesville, the Cherish Center. And since July 1, 2010, the DCS has been unwavering in its stance to only attend interviews at the new center, despite frequent requests from Chaucie’s Place to reconsider.
AlthoughCarmel’s Police Chief Tim Green said in December he would prefer to continue using Chaucie’s Place, and Hamilton County Prosecutor Lee Buckingham has added the quality of the interviews conducted at the two centers is comparable, the fact the DCS only fully participates at Cherish Center has pushed nearly all of the county’s forensic interviews to the second ***CAC.

While Stark saidshe is still hoping for an eventual compromise with the DCS, Chaucie’s Place in the meantime is working to bolster its prevention programs so as to help the county’s children in a different way. Stark said Chaucie’s Place is the only Hamilton County center teaching the Body Safety programpresented to elementary school children. It also offers a Stewards of Children program for adults, and Stark said the organization is looking into adding suicide prevention and cyber-safety programs.

“It’s not about what the other center is or isn’t doing,” she said.“We saw a great need in the community,” she said.
Body Safety has been offered by Chaucie’s Place for 11 years and is taught in nearly every Hamilton County elementary school. Annually, its message reaches about 9,000 children in the county. The class is led by Chaucie’s Place staff members as well as trained volunteers, and explains to children the difference between appropriate and inappropriate behavior. But it also teaches children they have the right to say “No” – even to someone they know.

“One of the things I love about this is the voice it gives children. Our hope is it will open a dialogue,” Stark said. “It teaches children they are allowed to talk about this. They’re allowed to say what’s happened to them.”

The Stewards of Children program teaches adults, among other things, how to appropriately react to a disclosure of abuse. That program began in late 2010 and has since trained more than 400 adults, Stark said.

She added Chaucie’s Place is still handling forensic interviews “when called upon,” but now the ***CAC is focused on partnering with other local organizations and schools with which it can share its messages. Expanding beyond Hamilton County also is a major goal, Stark said.

“Prevention is at the heart and soul of what we do,” she said. “If we can eliminate a lack of education, a lack of awareness and a fear of speaking about it, those are three contributing factors we can have control over.”

This year’s annual Friends of Chaucie’s Place Breakfast – Friday from 7:30 to 9 a.m. at the Ritz Charles – will illustrate the organization’s shift in focus. In years past, event speakers have been child abuse survivors who have spoken on the benefits of the multidisciplinary team approach used in child advocacy centers. This year’s speaker will be Sgt. Terry Hall, the creator of the Body Safety program used by Chaucie’s Place. Hall will speak for the need for and impact of prevention programs. For more information, visit www.chauciesplace.org.