You are at:Home»Current in Carmel»Carmel Community»Dillon continues efforts to improve Carmel’s parks 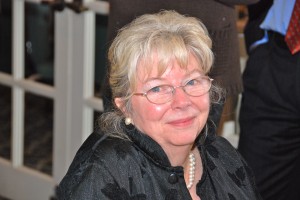 Sue Dillon’s volunteer efforts in Carmel began at a time when she said the city’s streets were “naked” and without trees. Today, Carmel boasts a robust parks system and is heavily wooded, and Dillon deserves a good deal of credit for that.

For nearly 25 years, Dillon has been a driving force behind the planting of Carmel’s trees and the development of its most notable parks. Even after 15 years of service on the Carmel Clay Parks Board and multiple awards, she continues her volunteer efforts to help beautify Carmel.

She and a small group of Carmel residents became active in 1988 when a number of the city’s trees were cut down to make room for new housing.

“There were six woodlands cut that summer to make way for houses, and people were really upset about it,” she said. “We decided it’s one thing to complain, and it’s another to do something about it.”

That 12-person group went on to found Citizens for Greenspace, which in addition to raising awareness of the need for parks and trees, has led the planting of more than 6,000 trees along Carmel’s streets and in its parks since it organized the city’s first Arbor Day tree planting in 1989.

Greenspace and Dillon are responsible for most of the trees on the city’s streets and in its parks, Dillon said, including every tree in West Park, and next month’s Arbor Day planting will continue adding more to Founders Park.

“We were so successful we put ourselves out of business,” Dillon said, adding Greenspace was retired two years ago, much of its duties now in the hands of the now-larger Carmel Clay Parks Dept.

Last January, her career on the Parks Board also ended after 15 years, many of which she spent as the board’s president and leading efforts to plan and construct both Central Park and the Monon Community Center.

But while Dillon received two awards for her years of service to Carmel’s parks – a Park Champion award from Carmel Clay Parks and Recreation last year and a Volunteer of the Year Award from the Indiana Park and Recreation Association – she isn’t done serving the community. Greenspace has morphed into the Carmel Clay Parks Foundation, taking on new projects such as funding swimming lessons for 100 local children who otherwise could not afford the sessions. A May 18 cocktail party, the foundation’s first, will raise money for these scholarships.

Dillon’s long-term goal, however, is to help get the foundation up and running so it can achieve its goals of funding ancillary projects for the city’s parks.