You are at:Home»Current in Noblesville»Does this news make you shake your head? 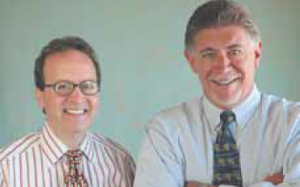 Tide laundry detergent has become something of a coveted currency in some locales of our nation. It’s extremely troubling to us, but it’s true. Police officials throughout the nation recently began to remark on what slowly is turning epidemic, and that is the shoplifting of the blue liquid. The cops say those who steal Tide detergent sell it on the black market for drug money. Just stunning. Some retailers – none here we know of – are studying the possibility of keeping Tide under lock and key. According to The Daily, the iPad newspaper, authorities say a bottle of Tide detergent is relatively easy to steal, difficult to track and can bring between $5 to $10 on the black market. Normal retail is up to $20. Most perpetrators dump dozens of Tide bottles into a grocery cart and then dash out to a getaway. What do the perps do with the cash they get? Buy drugs.

Last Wednesday, President Barack Obama and British Prime Minister David Cameron, a day after having a “boy’s night out” on all of us, verified the strong ties between the U.S. and England. Bully! The night before, Obama “treated” Cameron–who knows how many staffers and Secret Service personnel were in tow –to the first night of the First Four NCAA Tournament games at Dayton, Ohio. We know the president is a hoops fan, and we salute that. But we were compelled to look at the cost of that trip, and we found a late-2010 report in The Economic Times that put the cost of one hour aloft on Air Force One at $181,757. Andrews Air Force Base is one hour from Dayton. Even if they hopped onto a puddle jumper, is this really the message the president should be sending a nation starving for fiscal sanity?

By Brian Kelly and Steve Greenberg