You are at:Home»Current in Westfield»Schaeffer commits to wrestle at the U.S. Naval Academy 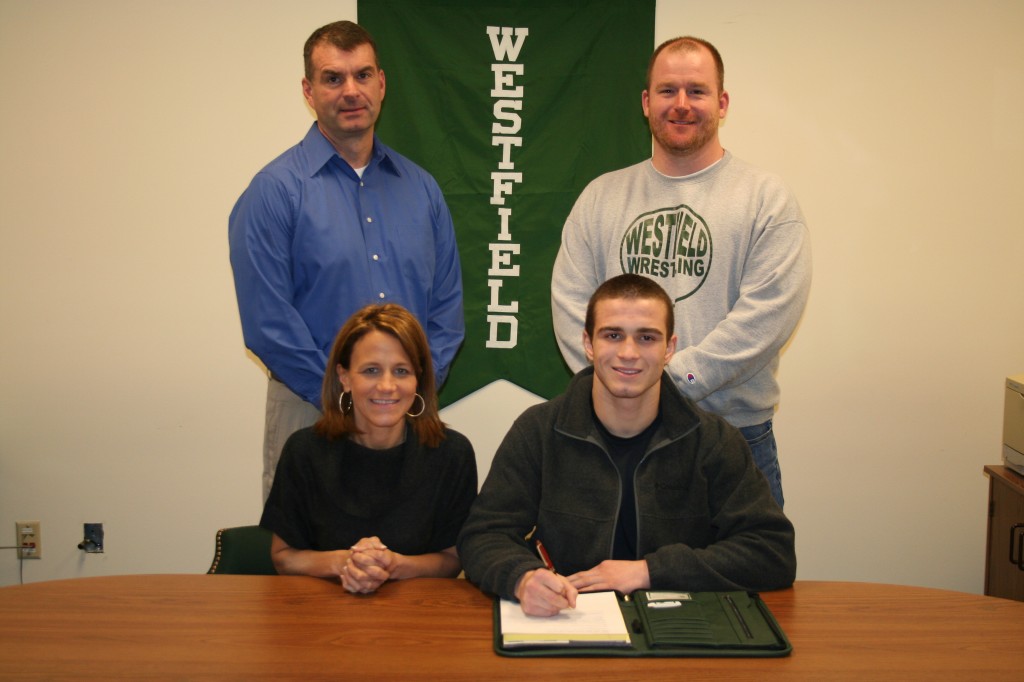 Luke Schaeffer, a senior at Westfield High School, has committed to attend the U.S. Naval Academy and be a member of the Midshipmen Wrestling Team.

Luke was a four-year letter winner in wrestling and played football for two years. He was a Wrestling State Qualifier in 2011 and 2012 – and finished second in the 182-pound weight class in the 2012 State Championship.

He has also been involved in the National Honor Society and was a Helping Hands Mentor. Luke was a ROCKS Boy, one of five students who carry the flags at sporting events painted green to show school spirit.

Lukeis the son of Eric and Gina Schaeffer.