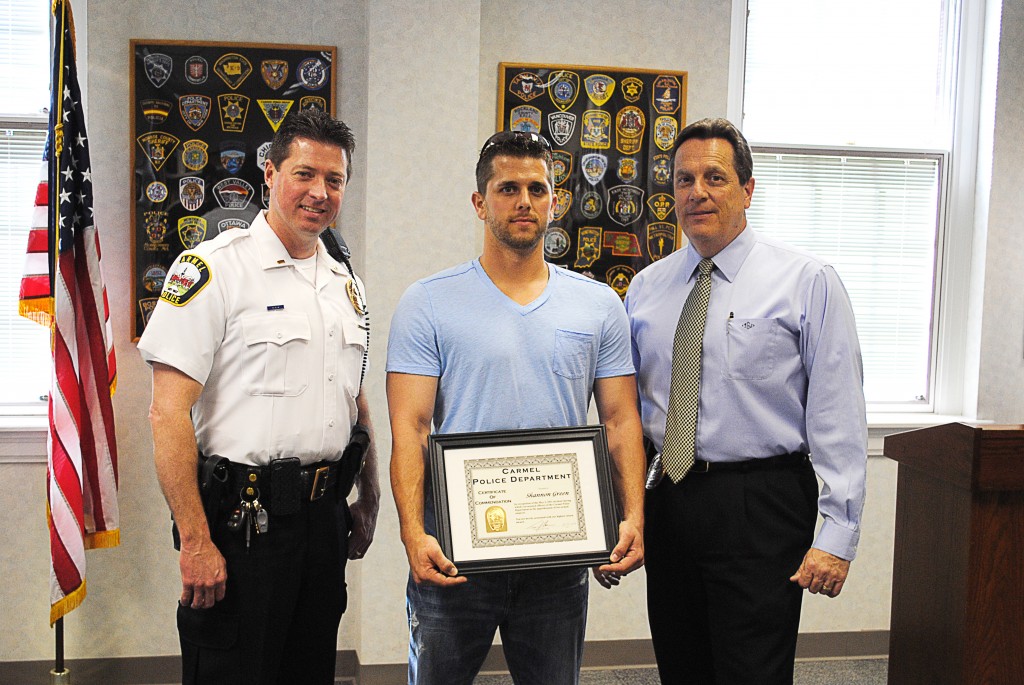 Carmel resident Shannon Green last week received the Civilian Award from the Carmel Police Dept. for his heroic acts of last May. Green confronted an intruder attempting to steal his car from his garage and was later attacked by a second individual. After a brief scuffle, during which Green was stabbed repeatedly with a screwdriver, he provided information to CPD that led to the arrests of the two individuals. Pictured: Green (center) with Lt. Joe Bickel (left) and Police Chief Tim Green. (Photo by Kevin Kane)