You are at:Home»Current in Carmel»Carmel Community»New service to connect Indy residents to Hamilton County jobs 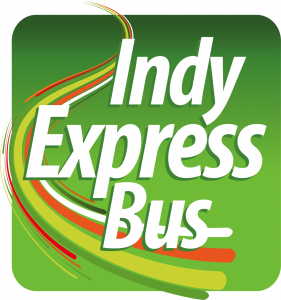 For several years, Hamilton County residents have enjoyed commuter bus service from Carmel and Fishers to downtown Indianapolis. Now Marion County residents with far-north-side jobs also have an opportunity to take a commuter bus to work. Designed to improve access to jobs, a new transportation link from Indianapolis to Fishers and Carmel with shuttles to workplaces officially begins April 2.

Funded through a federal Job Access Reverse Commute (JARC) grant, the Indy Express Bus reverse commute will originate downtown at the intersection of Pennsylvania and Ohio streets and head to the park-and-ride lot at the Carmel Meijer and the park-and-ride lot at 106th and Lantern Road in Fishers. Then riders can transfer to a shuttle that will transport people to more than two dozen destinations.

Times vary, but the shuttle schedules allow workers to arrive at Carmel and Fishers workplaces as early as 6:30 a.m. and as late as 9 a.m.  Workplace shuttle departure times range between 3:45 p.m. and 6:15 p.m.  Those vehicles will shuttle passengers to the park-and-ride lots, where they will board Indy Express Buses and continue their commute back downtown.

“There are unfilled jobs in Hamilton County because people don’t have transportation to get to the jobs,” said Christy Campoll, program liaison with Central Indiana Regional Transportation Authority (CIRTA). “We’re using the same buses that take northside commuters downtown to work, but we’re now taking people back north and then adding a service to the end of the route.”

The schedule and stops, which are subject to change, are available at www.IndyExpressBus.com.

While the shuttles from park-and-ride lots are free, there is a reverse commute one-way fare of $3 for Indy Express Bus; IndyGo riders who show a valid IndyGo pass may ride for $1 one-way.

“A regional transit system that connects people to jobs is one of IndyCAN’s (the Indianapolis Congregation Action Network’s) top priorities,” said Alex Slabosky, IndyCAN leader at Indianapolis Hebrew Congregation. “By improving access to jobs, the new reverse commuter service will improve the quality of life and expand opportunities for hundreds of Indianapolis families.”

Indy Express Bus’ weekday service for in-bound commuters has changed its schedule due to the new reverse commute, and added a new stop on the IUPUI campus. To provide even more value to commuters, the service has reduced its monthly pass price by $30 to $150. Daily fares for in-bound commuters at peak times remain $5 each way.

With increased gas prices, and availability of jobs at many Hamilton County workplaces, CIRTA anticipates the reverse commute could connect hundreds of workers with jobs, and also offer an affordable alternative to driving from Marion County to Hamilton County. The federal grant may be renewed after one year.