You are at:Home»Current in Fishers»Home for Hope 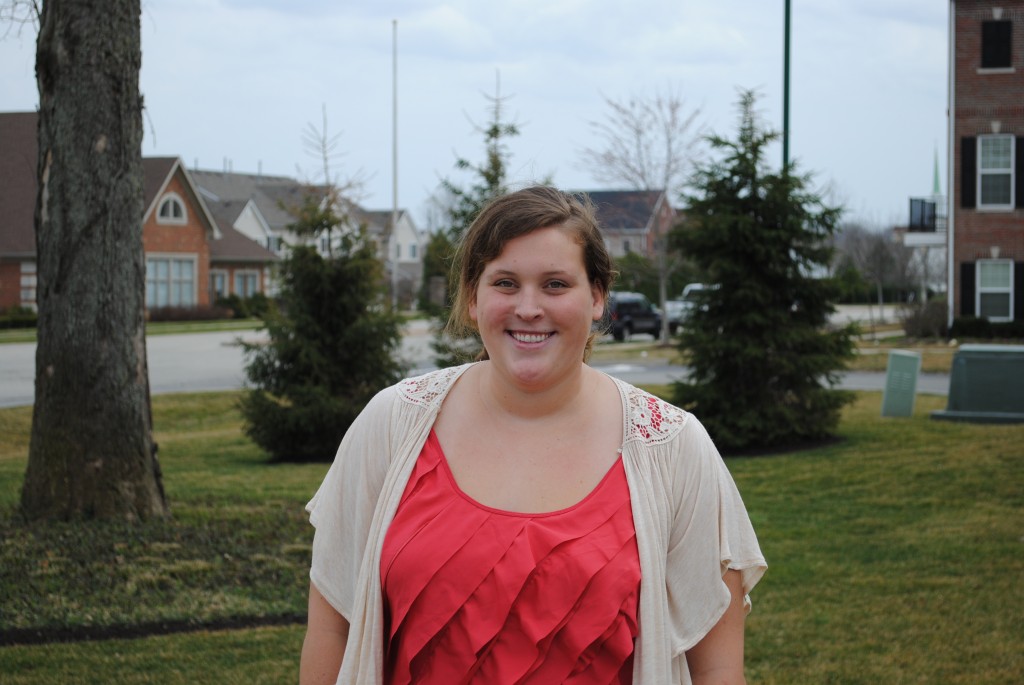 In February 2011, 22-year-old Emily Worrall founded an orphanage called Ekisa (meaning “grace”) for special-needs children in Jinja, Uganda. Since then, Ekisa has been providing a home for disabled children and their parents, and employment for disabled adults.

Worrall’s first trip toUgandawas during a two-week mission trip in 2007 when she was 17. After the trip, she began traveling there every summer to help in any way she could.

With the explosion of the Stop Kony 2012 campaign, Worrall found it hard to say whether it positively or negatively impacted Uganda. She had not yet been back to the nation since the outburst, but she had read some articles that claimed Ugandans had not received the attention well.

“There have been a lot of debates going on (in regard to Joseph Kony), but I think we can all agree he needs to be stopped,” said Worrall. “I don’t have an opinion about it. I’m just kind of indifferent about it.”

While volunteering at Amani Baby Cottage, an orphanage for newborns to 5-year-old children, Worrall developed a connection with three special-needs children. This, along with the evident need for a place children older than age 5 could go, sparked the idea for Ekisa.

According to the Ekisa Web site, Worrall met Emily Henderson, the co-founder of Ekisa, while volunteering at Amani and “a casual comment was made about how amazing it would be to start an orphanage for children with special needs, and that little comment took root deep in each of their hearts.”

The first time Worrall went to Uganda with the intention of starting Ekisa was in spring 2010. She stayed for slightly more than a month and talked with people in the Ugandan government to find out everything required to found the orphanage.

“I moved (to Uganda) in September 2010,” said Worrall. “Then, we spent the time from September 2010 to February 2011 in Uganda looking for a house and waiting on paperwork. (Later) in February, we got our registration from the Ugandan government that allowed us to take in children.”

Before moving to Uganda, Worrall had a plethora of doctor visits to attend in order to get all of the necessary immunizations. According to her, only two immunizations are legally required to be granted entrance into Uganda, but more are recommended.

Though she did not have to learn any new language before moving to Ekisa, Worrall has picked up on the local language. Where she lives in Jinja, there are two main languages, but she is not fluent in either of them.

Now, Ekisa has been home to 20 disabled Ugandan children and a staff of 35 Ugandans who are either disabled themselves, or parents of the children. The house is being rented, but staff members are looking for land to build their own home.

Since moving to Uganda, Worrall has only returned to the U.S. twice. While here during February and March, she traveled across the nation to speak at churches and other events to raise funds for Ekisa. She shared stories of specific children and showed pictures while speaking, and usually opens Q-and-A at the end of her presentation.

“People have been really supportive and touched by our kids’ stories,” said Worrall. “In Uganda, these children with disabilities are seen as worthless. We have a lot of stories of parents changing their minds about their kids (and their place in society).”

Her time spent in Uganda, typically 11 months out of the year, is very busy on a daily basis. Being the founder, she takes care of most of the things around the orphanage, including anything to do with administration.

Children living at Ekisa wake up at 6 or 7 a.m., bathe and have breakfast. When they go out to play, a physical therapist visits the home and starts working with the kids. A few of the children even attend school in the mornings if they are capable. A mandatory nap time is held in the afternoon after lunch, and the rest of the day they play outside.

“There are some really funny Ugandan games our moms play with the kids,” said Worrall. “The most recent one they have taken a liking to is a cross between Monkey in the Middle and dodgeball; it’s very interesting.”

Worrall is looking into receiving grants for being a nonprofit, but all the funds toward Ekisa are raised from private donations.