You are at:Home»Current in Carmel»Carmel Community»Carmel granted permanent injunction against Double Apple Lounge 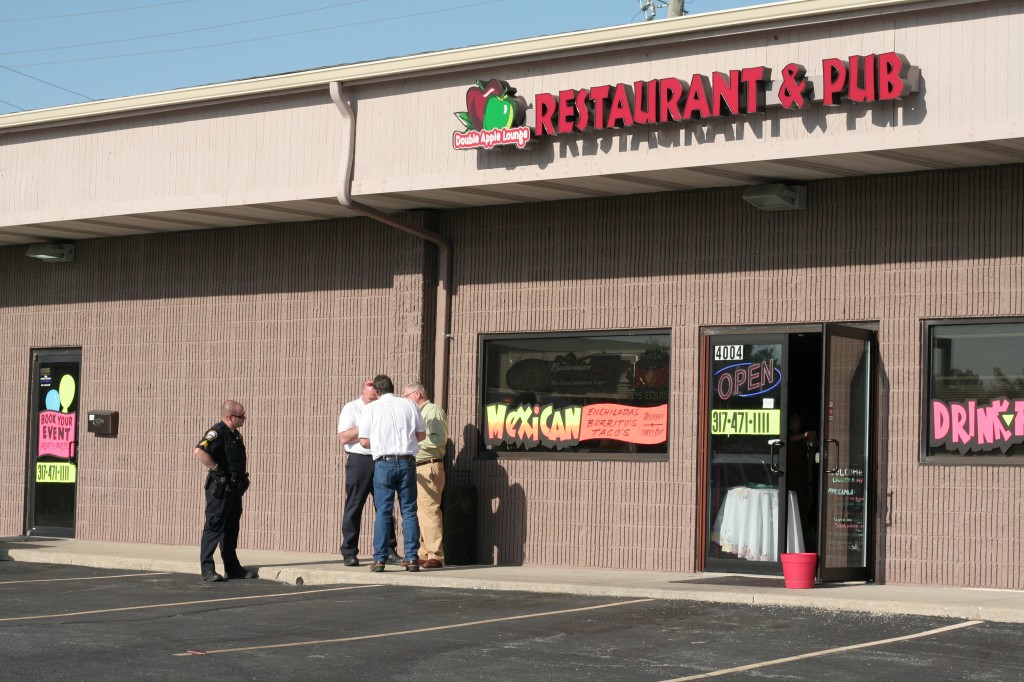 Shown here, Carmel City Attorney Doug Haney, along with members of the Carmel police and fire departments and a city of Carmel building inspector, visited the Double Apple Lounge earlier this month to check for code violations following the business' second citation for allowing minors to enter the bar. (Photo by Jordan Fischer)

The injunction comes after the bar was cited twice this year for allowing minors into the bar, once in January and once in May.

The City called as a witness Indiana State Excise Police Officer Steven Toleos, who stated that in July of 2011, he first became aware of issues at the Double Apple Lounge when a complaint was filed for the establishment having a person less than 10 years old in the bar. Officer Toleos had provided notice to the owners at that time that no one under 21 should ever be permitted in the bar.
No further testimony was given because at this point in the proceedings, defendants Miguel Angel Sarria and Gladys Bonita entered the courtroom and indicated to the court that they had no objection to the entering of not only a temporary, but permanent injunction against them and the Double Apple Lounge.

The permanent injunction prohibits the Double Apple Lounge from ever operating again in the city of Carmel.

“I wanted to send a strong message that we will take quick action when bar owners are clearly and continually allowing underage drinking,” said Carmel Mayor Jim Brainard. “Their actions not only violated the law, but the standards that the people of Carmel want in their community.”