You are at:Home»Current in Carmel»Center not in need of ‘turnaround’ 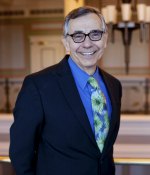 The Center for the Performing Arts just finished a monumental season of programming. Well over 100,000 guests visited, making the Center and its Palladium concert hall one of the region’s most visible destinations. The economic impact our guests had on local retailers and restaurants was significant while bringing in new tax revenue with every concert. In addition, it brought people to the area who will return to dine and shop.

The Center is not an organization in need of a turnaround or emergency funding. The City of Carmel has requested $850,000 in funding for the Center for the period of July 1 through December 31, 2012. This is not emergency funding to offset a huge deficit. In fact, with the government support that the Center has received for this city-owned facility for the fiscal year ending June 30, we are projected to balance the budget.

We have been able to do this through a combination of strong fund raising and ticket sales along with excellent expense control. For example, our sales for the new season (2012-13) are already at $1.1 million and we have not even begun selling single tickets, only subscription sales. Regarding fundraising, we received a naming contribution of $500,000 two weeks ago with the funds to be received yet this month.

This is a major start-up performing arts organization operating in a $170 million facility with huge overhead costs. It takes more than $2 million just to open the doors for a year. It was never intended to operate without substantial support from the city, individual contributions, corporate sponsorships, foundation grants and naming gifts, all of which are contributed income. In addition, we have earned income (ticket sales, facility rentals, gift shop, concessions, etc.).

Our expectation is that government support will decrease as other contributed and earned income increases, but this will be a gradual process over several years.

Some larger non-profit organizations will open their doors after having an endowment campaign raising perhaps $50 million. That did not happen here. We are operating this facility starting with no endowment while working to build one. Unlike other arts organizations, we do not have income from an endowment at this time.

However, it is realistic to expect a budget which reflects an efficient operation, which we had this year. We must continue to ensure that we have competent people operating in an efficient manner to generate maximum income consistent with fulfilling our mission, while also providing a home for our seven local resident companies.

It is also reasonable to expect that the amount of the city subsidy will decrease each year as we fine-tune the things that work, change those that don’t and come up with more creative ways to do things.

I also want to note that servingCentral Indianais but a slice of the Center’s mission. Together with the Michael Feinstein Great American Songbook Initiative, we are serving the arts on a national level. Last weekend marked the third annual Great American Songbook High School Vocal Academy & Competition. Youth vocalists representing 11 states traveled toIndianafor a chance to perform Broadway show tunes andHollywoodclassics. A 15-year-old named Nick Ziobro fromManlius,NY, emerged as the first place winner. Already his story – and the story of the vocal competition – has been picked up nationally, hitting the 11 o’clock news in cities across the country.

Alongside the vocal competition, the Center unveiled the Great American Songbook Hall of Fame, designed to honorAmerica’s legendary songwriters. The contributions of Barry Manilow, Cole Porter and Alan and Marilyn Bergman have a permanent home inIndiana, providing the nation with an invaluable treasure trove. Whether it’s honoring established musicians or nurturing the next generation, keepingAmerica’s music heritage alive is a task we hold dear.

All of this is possible because of the commitment by the City ofCarmel. Leaders wished to placeIndianaon the map as one of the cultural centers of the world. They achieved that goal and now the Palladium rivals all the greats: Carnegie Hall inNew York, Disney Hall inLos Angelesand theKennedyCenterin our nation’s capital. Guest artists from Tony Bennett to Barry Manilow have praised the hall. Without the city’s funding, the Palladium would not exist. Neither would the opportunities that lay ahead.

The Center is an organization successfully fulfilling its mission, a charge that was set forth by city leaders when they chose to invest in a $170 million arts complex.

The City of Carmel had the foresight to build a magnificent facility that is an economic stimulus for the area while also bringing world class entertainment to Central Indiana. To its credit, the City also recognizes that it must continue to fund a significant, but declining, portion of the operating expenses until this new city-owned asset matures.