You are at:Home»Current in Zionsville»Saving Grace 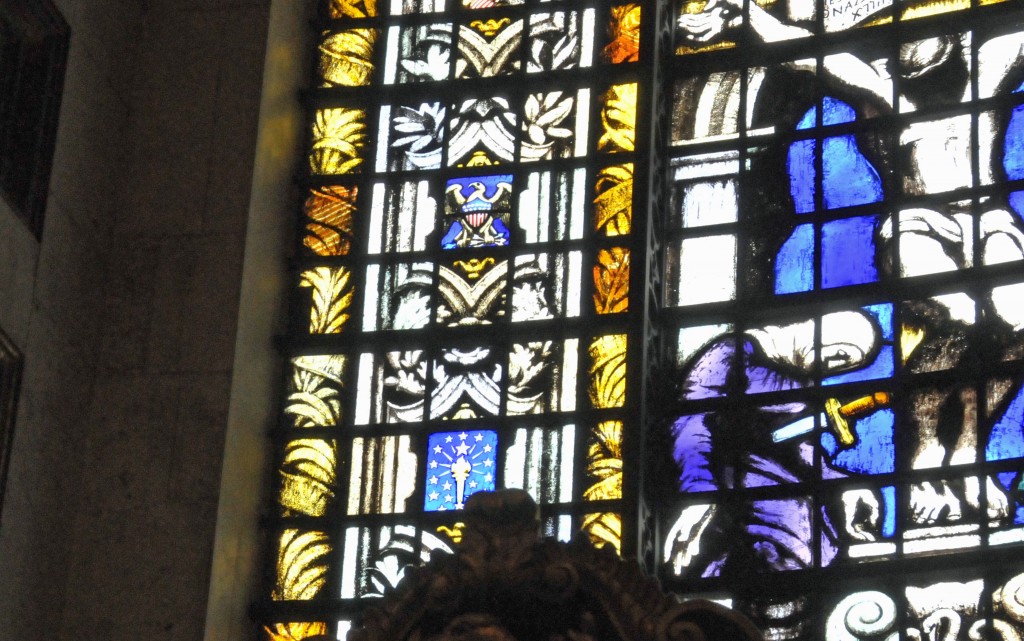 I am hard pressed to imagine a less likely place to find an image of the state flag of Indiana than in the stained glass windows behind the High Altar of St. Paul’s Cathedral in London.  But there it is, along with the symbols of other states, reflecting the great affection and gratitude the English have for Americans. 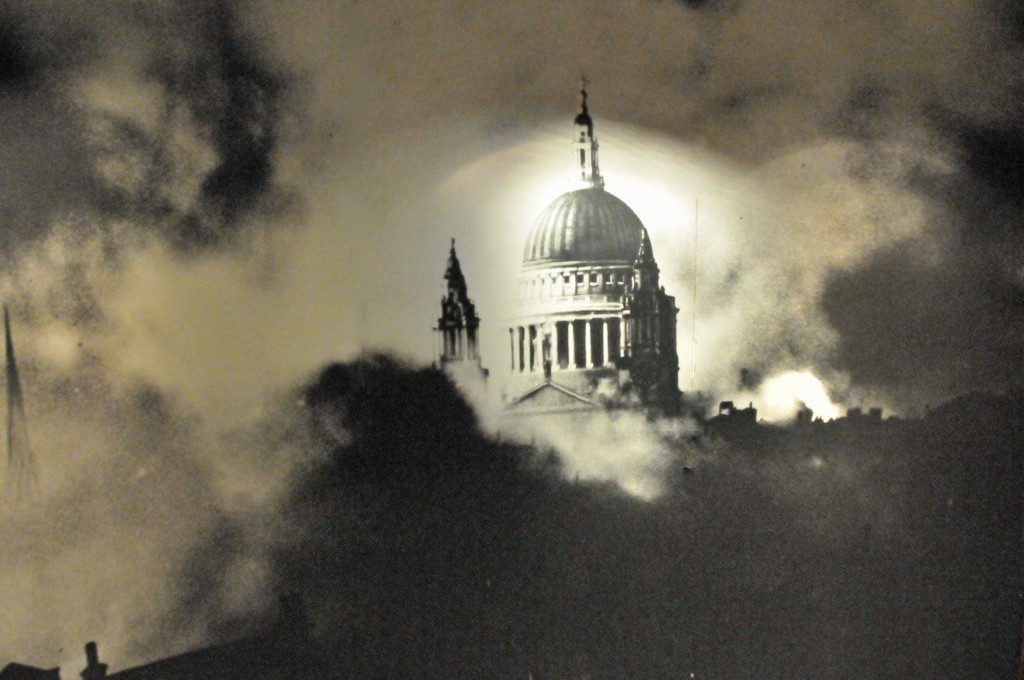 On a recent trip to London with friends, we made the obligatory trip to St. Paul’s, the masterpiece of Sir Christopher Wren designed in the late 1600s.   As every English school child knows, as the city burned during the bombing of December 1940, ordinary people saved the cathedral by going to the roof, dousing fires and throwing live incendiary devices to the ground.  A photograph of the dome of St. Paul’s shining though the smoke quickly became the image of British resolve. 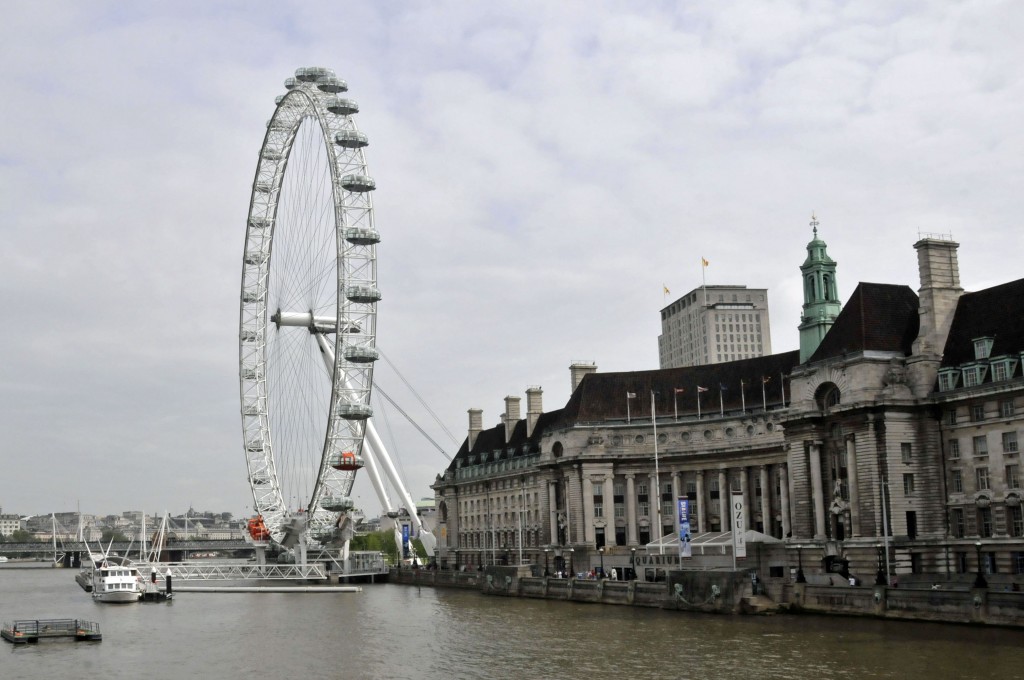 As we were picking up our maps, a docent, recognizing that we were Americans, volunteered that he was going home but was willing to show us a “couple of things” before he left.  More than 30 minutes later, he had shown us the secluded grave site of Christopher Wren, the magnificent tombs of the Duke of Wellington and Lord Nelson and the memorial to Winston Churchill.  But before he had taken us to these hallowed sites of English history he had already taken us to what he really wanted to show us to see. 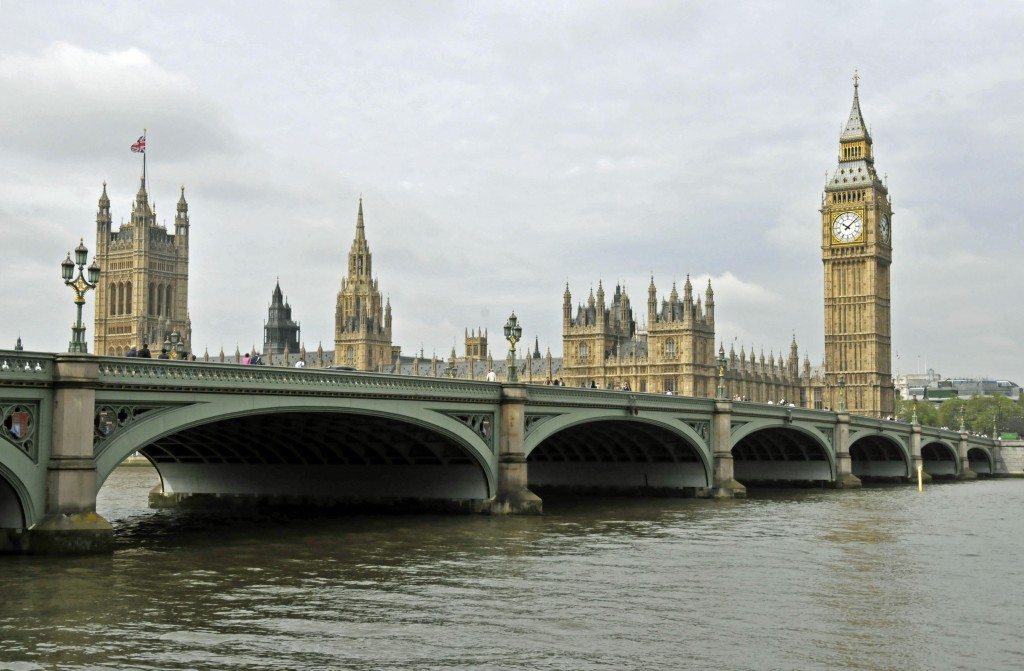 Unlike most visitors to St. Paul’s, who stop in front of the High Altar to admire the magnificent stained glass windows behind it, we were taken behind the altar, where large lettering on the floor follows the curve of the east apse says: “To the American dead of the Second World War from the People of Britain.”   When the British people rebuilt the bomb-damaged altar area, they created the “American War Chapel” to show their gratitude for American sacrifice during the war.  On the altar windows, arranged around images reflecting the sacrifice of Jesus, are dozens of symbols of the land and the people of the United States.  A five-hundred page book near the altar contains, in alphabetical order, the names of the 28,000 Americans killed while stationed in Britain or traveling to it, many serving with Canada before the United States entered the war.  Each day, the glass-covered book is turned to a different page. 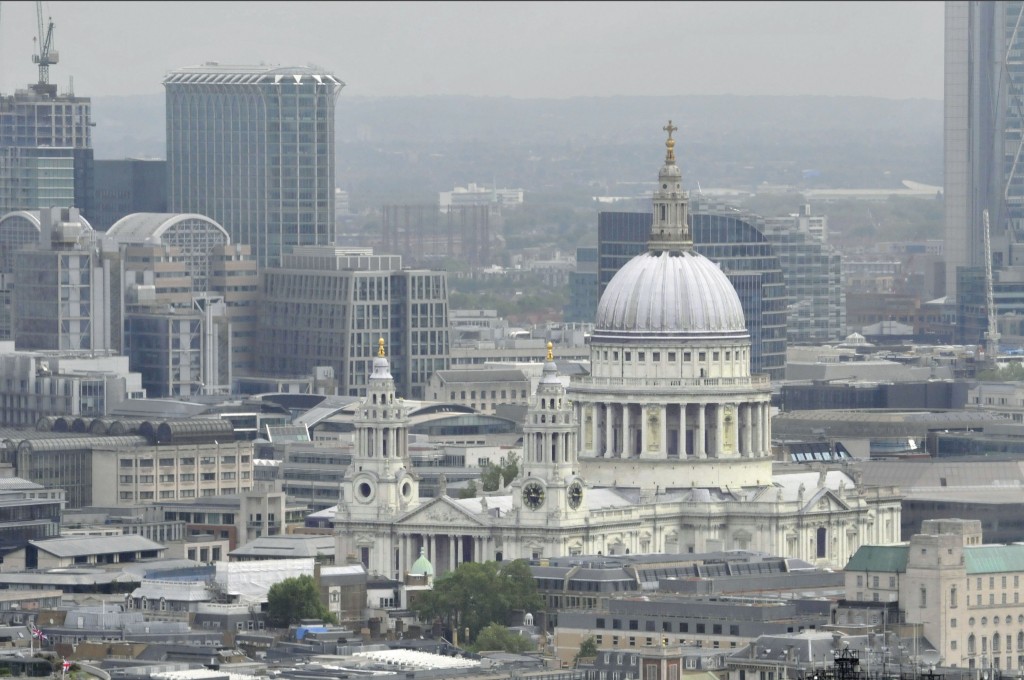 While visiting London, it is easy for most Americans to recognize how much of the best of their culture and values the British people passed on to us.  From time to time, it is worth thinking about that gift and being grateful for it.