You are at:Home»Current in Zionsville»Zionsville hockey player is well-traveled 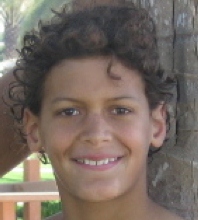 The one city he did not play a game this season? Indianapolis. That’s quite a commitment from a 12-year-old sixth-grader, particularly since none of his Zionsville classmates play hockey with him.

“I love it,” Pierson said. “Since I skated for the first time when I was three or four years old, hockey has been one of my favorite things to do.”

Pierson’s team plays at the highest level of American youth hockey: the Tier 1 AAA division. The squad finished the season ranked No. 7 in the country, with a remarkable record of 47-7.  It also qualified as one of USA Hockey’s 12 District Champions to advance to the National Championships in Buffalo, New York in March.

At Nationals, TPH lost 5-3 in a closely contested battle with number-one-ranked Chicago Mission, who went on to win the National Championship.

Pierson is already working on his strength and conditioning, as well as honing his skills, in preparation for the upcoming hockey campaign.

“We play in tournaments in Detroit, Toronto and Buffalo this summer,” he said. “I also follow an offseason workout program and go to hockey camps. I’ve made new friends from all over the country, even some from other countries like Sweden and Canada.”

Asked what she thinks about Pierson’s passion, his mother Aida admitted it may not have been the original plan.

“I certainly never imagined I would watch games in cold ice hockey arenas on a regular basis, but I’ve learned to love it too,” she said. “I have no choice; my seven-year-old loves to play too.”

As for the life lessons the sport provides, Aida says her son will have no problem starting his business career someday.

“He’s more than capable of navigating airports, rental car companies and hotels already,” she said with a laugh.