You are at:Home»Current in Carmel»Carmel Cover Stories»Pedal to the medal

Carmel’s Sartino dabbles in many disciplines, excels in all 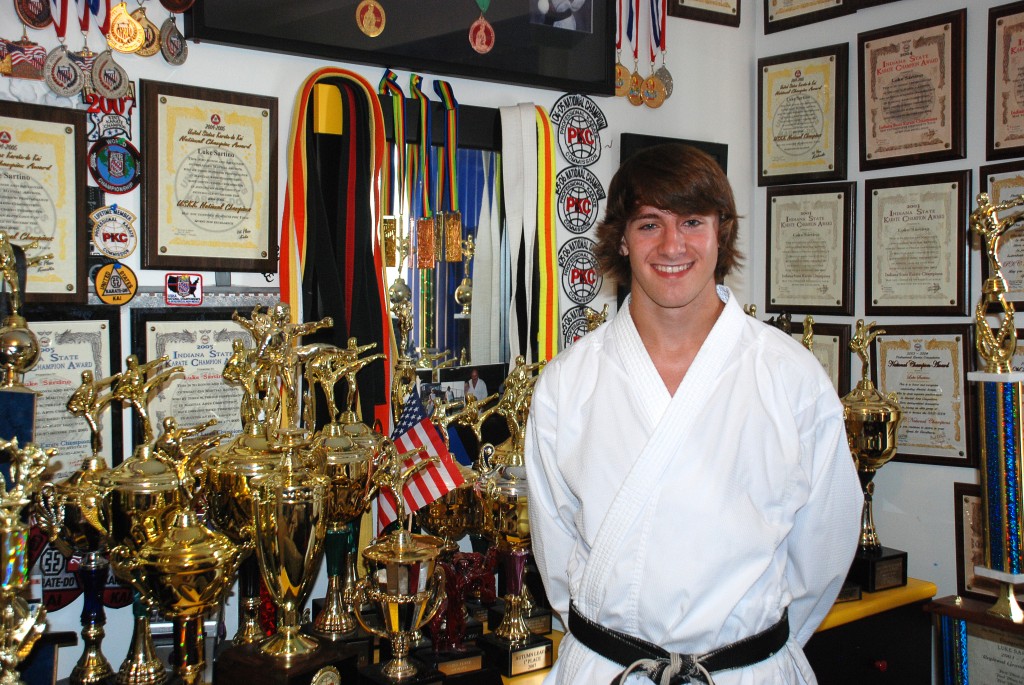 Luke in one of his trophy rooms

They say if you’re good enough, people will tell you; you won’t have to tell them.

If it’s possible to encapsulate a person as accomplished asCarmel’s Luke Sartino in a single phrase or thought, that would be the one.

“What most people say about Luke,” said his father, Don, “is if you meet him, you’d never know what he’s done.”

What he’s done is pretty much everything in the karate world. And he’s only 17. 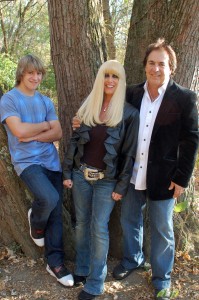 “I’ve won national championships in AAU karate since I was 5, up until now,” Luke said almost sheepishly when asked to recount his biggest accomplishments. “I’ve won national titles in other karate organizations like the PKC, USKA and NKF also.”

He’s traveled all over the world competing in tournaments – he and his family just returned from Mexico, where Luke helped theU.S.team earn  a fourth-place finish in the Pan-American Games. To take a tour of the Sartinos’ home is to validate and expound upon Luke’s statements. Two full rooms are packed with trophies and medals and the like, and the walls are adorned with news clippings and mementos.

The collection has been 14 years in the making.

“When I was 3, my parents wanted somewhere for me to go,” Luke said. “I was already in soccer and hockey, but they saw a sign at (Carmel’s) Adamson’s Karate. They weren’t sure about a 3-year-old, but they let me join. I don’t know how we convinced them.”

That answer probably lies in Luke’s maturity. Two years into his karate career, he “started getting good,” by his own humble estimation. He made his way onto a competitive team and started doing tournaments.

“That year I won a national gold at Kumate,” he said. “The next year I won four gold medals at nationals, and all the years through I was just able to keep getting gold medals.”

Twice-weekly private lessons, rigorous training at Adamson’s and trips to Italy,Japan,Slovenia,England, Spain and Ireland to compete in tourneys followed. Along the way, Luke and his family alike made lasting friendships and priceless cultural memories.

Somehow, Luke also competed in gymnastics and managed to become a pretty good soccer player along the way.

“I joined (local soccer club) Dynamo when I was 9, and played there until I was 13,” said the Brebeuf junior honor roll student. “Then I went to Carmel United. That’s where I am now; we’ve won four state titles.” 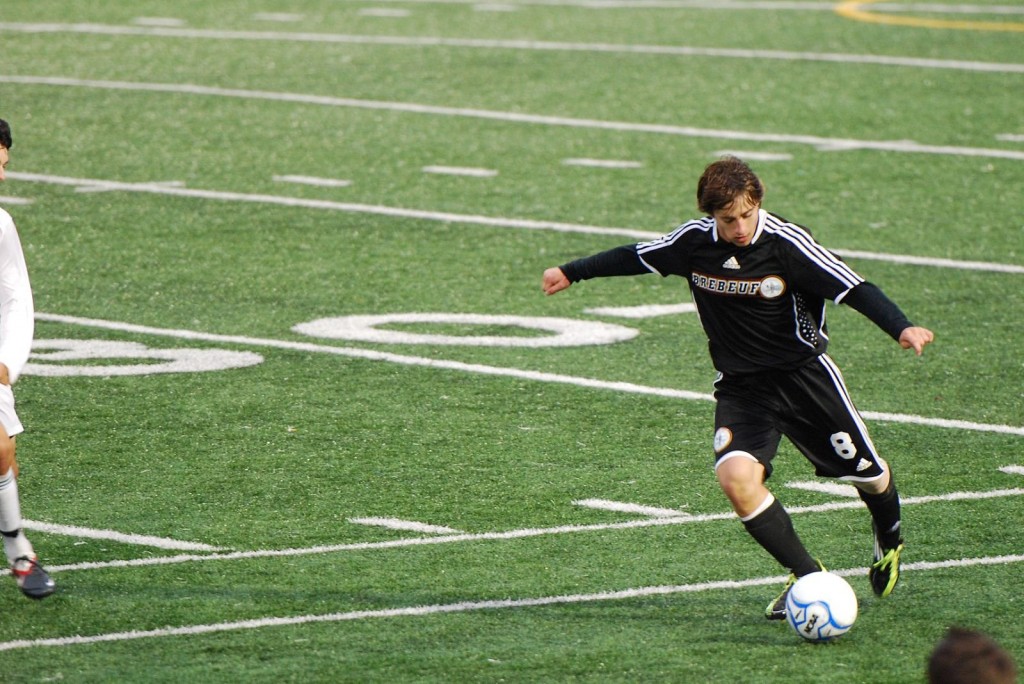 In action on the soccer field.

“It was awful,” he said of the rehab process. “I was shell shocked. I didn’t know what to do with myself because I was always used to doing something. I’d rather be exhausted when I come home than just do nothing.”

These days, injuries firmly behind him, Luke is as busy as ever. He recently got his driver’s license, but will not disclose about having a girlfriend. The future holds college, a little bit of the unknown and one very big dream.

“It’s my goal to compete in the 2020 Olympics,” he said. “Karate is the front-runner to be added as a sport to the Games. That’s my dream.”

What Luke is too modest to say, Don astutely points out in the way only a proud father can.

“He’s been excelling at so many things at the same time,” he said. “It’s the uniqueness of it. He keeps his grades up, he does all these things but maintains. He is a good kid, never had any trouble with him. He listens and pays attention. That’s what’s cool about him.”

“I feel like my work rate is what’s going to get me far in life. That’s what always gotten me noticed, that I’m a hard worker.”