You are at:Home»Current in Carmel»Carmel Cover Stories»‘Let it not be in vain’ 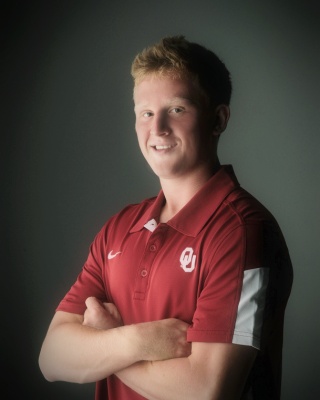 “There are those of us … That think we know enough, But sadly we don’t. And surely we won’t. Knowledge is life – A process of regress to progress filled of immense stress, struggle for success. Don’t repress. Vocalize. Question. Most of all retain lessons. Remember. Gain knowledge.”

A sip. A chug. A shot. Soon everything becomes hazy. Decisions become impaired. Bodies stumble. Fall to the ground. A friend is dragged to the couch to rest and sleep it off, but this time his body is lifeless. There is no pulse. Panic fills the room. Everything is cleaned up. No trace of a party remains. But, with every second of delay, a life slips away. They don’t know about the lifeline that is available to them and their stricken friend.

State Sen. Jim Merritt does. So do Carmel residents Dawn and Norm Finbloom, whose son, Brett, 19, was a week away from beginning his college career at the University of Oklahoma, when he left home for a party on August 3.

When reflecting on Brett’s own poetic words, a lesson, indeed, was to be learned but, when young Finbloom penned those words at the end of July, he had no idea his death would be that lesson. On Aug. 5, Brett Finbloom died of alcohol poisoning, and his parents now are the ones left to teach the lesson.

“Underage drinking is dangerous. Don’t do it,” says Dawn Finbloom. “And if you see other kids doing it, intervene. The new Lifeline Law will protect you.”

Since Brett’s death, his parents tirelessly have been working to spread the word to help others avoid such a tragedy, one that is almost impossible to bear.

“Everyday I wake up, I look around and hope the nightmare is over, that Brett really didn’t die.  You’re not suppose to bury your kids,” Norm Finbloom says.

Despite their grief, they are taking their message to the community to educate parents, and especially teens, on the dangers of underage drinking and the new Lifeline Law. In effect only since July 1, the law gives immunity to a person who calls for help and anyone who acts in concert with the caller, when a medical emergency arises as a result of drinking. The Finblooms wish teens at the party on that fatal night had known about the law, but Norm is quick to admit, “Brett’s drinking that night was his own fault. There is no one else to blame. He made a mistake. But, had the other kids known about the Lifeline Law they may not have been afraid and may have called for help sooner.”

As of last week, the Carmel Police Dept. had concluded its investigation and now considers the case closed. 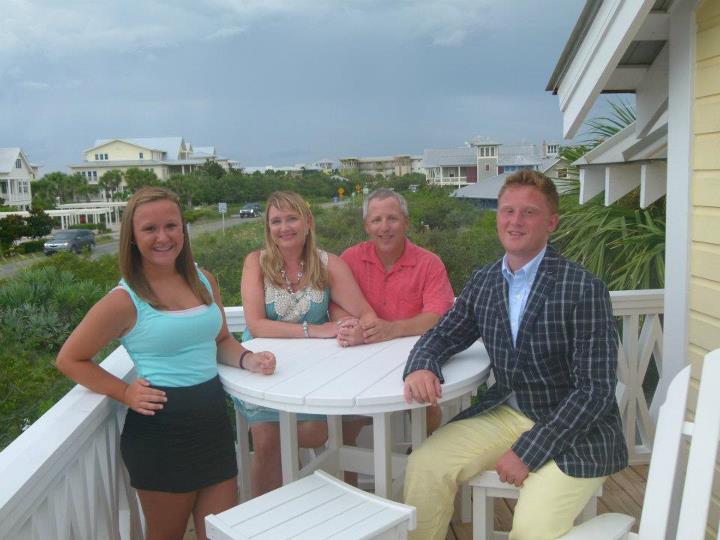 From left, Jenna, Dawn, Norm and Brett Finbloom on
vacation in Seaside, Fla.

The Lifeline Law was co-authored by Merritt (R-31) with the goal of encouraging teens to “Make the Call, Get Help, Save a Life”.

“Too often kids are afraid to call for help,” Merritt says. “Since 2004, more than two dozen students have lost their lives to alcohol poisoning.”

Actually, it was students from Indiana and Purdue, as well as colleges throughout the state, that campaigned for the bill in the spring of 2011.  Two IU students, Patrick Courtney and Kyle Straub, both Carmel High School class of 2009 graduates, are passionate about educating others on the dangers of underage drinking and created a program at IU, but then pushed to make it a statewide policy.

“Instead of having a culture where people were afraid to pick up the phone and dial 911 in an emergency, we wanted a culture where some of these disincentives were removed and students would not hesitate to make that call,” says Courtney, vice present of the IU Student Association. “(The Lifeline Law) provides immunity for crimes of public intoxication, minor possession, minor consumption, and minor transportation of alcohol to persons who reveal themselves to law enforcement while seeking medical assistance for a person suffering from an alcohol-related health emergency.”

What teens need to know is that help is available, say Finbloom’s parents and Courtney.

“There is a fine line between promoting underage drinking and informing, but these students need to know that there are various resources and laws that can help them if they are in an emergency situation,” Courtney says. “We do not condone underage drinking, but we are cognizant that it does occur.” 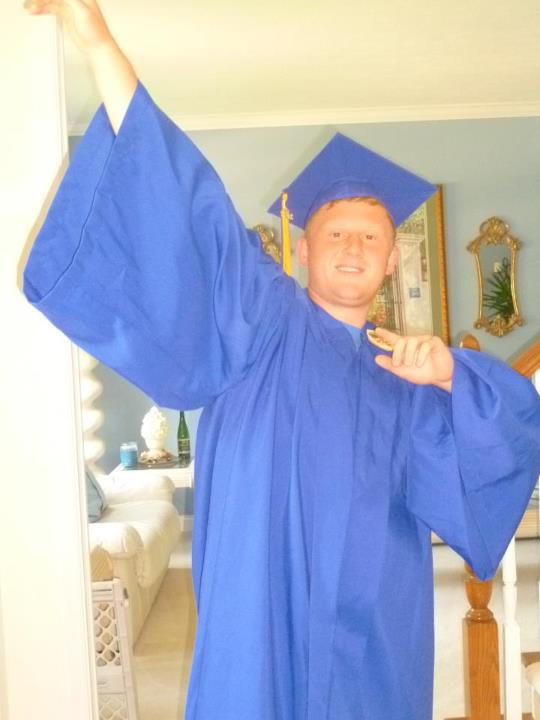 Brett was a 2012 graduate of Carmel
High School.

In fact, Indiana State Excise Police officers issued a “record 258 citations and jailed nearly two-dozen people during IU Move-In Weekend” in August, 25 percent more than last year and nearly double that of 2010, according to statistics made available on line by the state.

The IU leaders not only are concerned about what’s happening at the college level, they are turning their attention back to high school, where the underage drinking problem often begins.

“Ideally, we would like to educate students on the law and procedures and then take it to the next level, to provide them with the confidence to intervene, not only with alcohol but with bullying, eating disorders, etc.,” IUSA President Straub says. “We want to empower students to make the right decisions and reach out to help.”

“Our generation is characterized as pushing the limit,” Straub says. “There is an overwhelming acceptance across our culture that promotes ‘binge drinking.’ When I talk to my parents, they tell me that a heavy night of drinking ‘back then’ is what is considered normal now. It is no longer a beer-related culture. Kids are turning toward hard liquor. It’s a consistent theme we are finding across campuses.”

It also is a theme supported by government data at the Centers for Disease Control and Prevention, which states: “About 90 percent of the alcohol consumed by youth under the age of 21 in the United States is in the form of binge drinks.”

The Finblooms had a similar discovery through their research. “Underage drinking is a ‘generation problem’. Back in our high school and college days, there was drinking but not to the level it is today,” Norm Finbloom says. “Now it’s amped up and moved down to younger groups. Back in college we would do shots and drinking games with beer, (and) now kids are doing it with vodka.”

And they are often doing it right in their own homes and, in many cases, without their parents’ knowledge. One common way teens are concealing alcohol is with water bottles that don’t have a drop of water in them but are filled with vodka, odorless and clear.  Says Straub: “Young people can find ways to get around things. We are creative. Students will always find a way around it. We need to get to the core problem. We need to get back to a culture of care and to help someone in trouble.”

And that’s exactly what Norm and Dawn Finbloom are doing. “This wasn’t our plan, it just happened. We didn’t even know about the Lifeline Law, but as we talked to people we realized that we could help people with Brett’s story and get the word out on the new law.”

The Finblooms already have visited several area high schools and are meeting with school administrations and also forging partnerships with local organizations, such as Promising Futures, whose stated mission is to provide resources to develop healthy relationships and create positive changes for youth and families.

As informal discussions have developed into formal programs, the Finblooms say they plan to start in their own community and then expand, through partnerships, to other areas and to other states; only eight states have their own version of the Lifeline Law. Their long-term goal: “We don’t need to speak because the mentality of underage drinking changes through educating kids and parents.”

Their hope is that no parent would have to bury a child as they did last month, and that parents would hear their message clearly: “Don’t be afraid. Be aware. Know what your kids are doing.”

Norm and Dawn Finbloom wish they had that night, when Brett left home to say goodbye to his high school friends. Now only his memory and lesson remain.