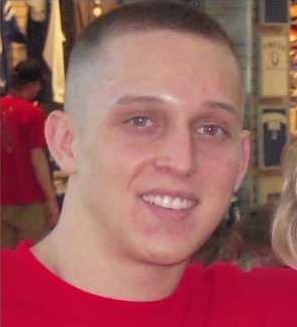 According to the Carmel police, Walton Matthew Ward, a 23-year old white male has been missing in Carmel since Friday night. His mother, Julie Kvinge, told the police on Monday that her son had met a girl through an online dating website cubid.com and was going to meet her with her friends that night.

Kvinge dropped her son at Pepper’s located in Broad Ripple at 9:00 pm on Friday. He contacted her last at 10:30 p.m. and she has not heard from him since then. She said it was “completely unlike him” to not get in touch for this long. Ward was based in California and was visiting his mother in Indiana for three weeks.

Matthew Ward has been in Indianapolis since October 5 and used to visit Broad Ripple quite oftenin his short stay. He is 5’9″ tall and weighs 145 pounds, and has brown hair and hazel eyes.

This case has now been forwarded from Carmel police to the Indianapolis missing persons division. If you have any information regarding the case, please contact the Indianapolis police department or Detective Kimberly Travitz on 317-327-6539.