You are at:Home»Current in Zionsville»Crystal visionary 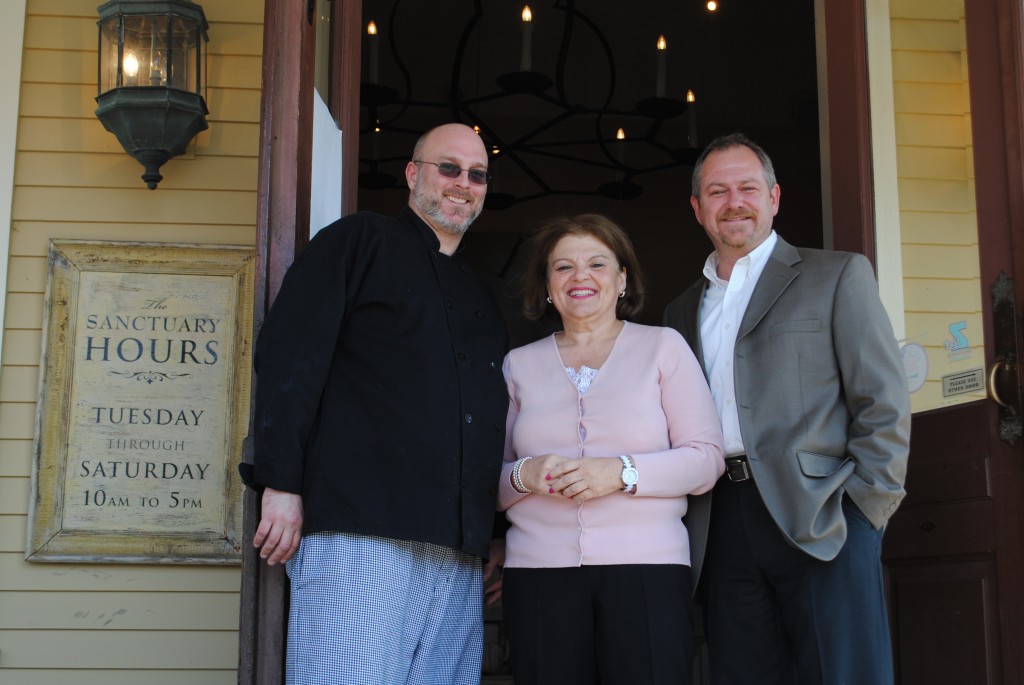 By now, the story is somewhat well-known in the Indianapolis area: A trio of Carmel men with varied backgrounds teams up, purchases an abandoned factory, rehabilitates it and ends up hosting the biggest party of this past February’s Super Bowl week.

There is, however, much more to the tale – in backstory, in present happenings and in what the future holds.

In short, Crystal Catering, headed up by T.K. Nelson, is back in business after a nearly five-year hiatus. Nelson once worked for Jack Bayt, Crystal founder, and the two paired up with former Baltimore and Indianapolis Colt Gary Padjen late last year to create the Crane Bay, Indianapolis’ most unique event venue.

It is there the Super Bowl-adjacent Rolling Stone / Bacardi Bash was held, and the 23,000 square-foot facility provided the second location for Nelson’s new iteration of Crystal; the Fountains in Carmel was the first.

What does this have to do with Zionsville? Simply put, there is now a third Crystal Catering extension: The Sanctuary, 75 N. Main St.

Crystal enters the picture on the heels of the departure of the facilities’ previous caterer, Ghyslain. A separate chef has been hired to head up The Sanctuary’s bistro, but Crystal will handle the rest.

Nelson, for one, is ecstatic about the development.

Current in Zionsville: How did the new relationship with The Sanctuary come about?

T.K. Nelson: “It just kind of came to us. Ghyslain was no longer going to be doing the bistro or the catering there, and they didn’t have the capacity to do the catering themselves. They had a recommendation to call us and we went over there and looked at the facility – I had been there once, but that was just to look at the gallery because I do have some of (proprietor Nancy Noel’s) artwork in my house. It pretty much was done in a couple of weeks.”

CIZ: How do both parties stand to benefit from this relationship?

TKN: “One of our focuses is unique venues, and that’s why we wanted to get involved with The Sanctuary to begin with – it’s a unique, elegant facility. We want places we can showcase what we can do. The Sanctuary is obviously one of those. To do things just in a banquet room doesn’t always show what you can do. It fits what we want to do as a company and how we want to grow.”

CIZ: What has Crystal’s involvement been thus far? Have things ramped up yet?

TKN: “We’ve been involved in three events so far, the most recent being Masquerade on Main. We’ve got three events scheduled in November and five or six in December so we’re busy already. It’s growing very well and we’re excited about it because it blends in so well with what we do.”

CIZ: What attracted you to The Sanctuary and talk about how great a fit this is.

TKN: “We have the right product, the right service, the right tradition and reputation to be there. They do about 50 events a year and want to grow it to about 70, and the work Nancy has done in there to really beautify that place is fantastic. Of course, with all her artwork it just makes it better. There’s a lot of functional space and we’ve been very happy to be involved there.”

Joining Nelson in his Zionsville venture will be executive chef Matt Scwartz, a former and once-again Crystal employee, and Maryanne Hawkins, who handles logistics alongside Sanctuary staff. Both show Nelson’s enthusiasm for the move.

CIZ: What have your impressions been thus far of The Sanctuary?

Matt Schwartz: “I think it’s a great opportunity. It helps us expand our horizons and what we want to do, as well as reach out to different parts of the city.”

Tellingly perhaps, it is Bayt, who still wields some oversight over the Crystal name, who sums up the endeavor succinctly.

“I try and come up with unique venues,” he said. “I was confident enough in the job (Nelson) was doing at The Fountains that we did the second facility (Crane Bay), and then they slipped the third one in on me. (The Sanctuary) is a small venue but very nice – elegant, actually. I’ve always liked the facility; TK and the team have been doing a really good job.”