You are at:Home»Current in Noblesville»New commissioner ready to make his mark 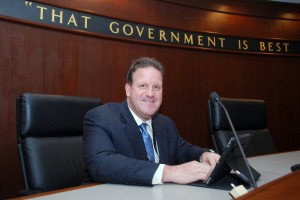 For the next four years, Westfield’s Mark Heirbrandt will serve as Hamilton County Commissioner in District 3. While his name never appeared on a voting machine or before the public voters, Heirbrandt was elected during a caucus of Republican Precinct Committeemen from all over Hamilton County on Jan. 26.“I knew I had an uphill battle. A lot of people in Carmel, Fishers and Noblesville didn’t know who I was,” he said. “It was important that I got out and met people that were going to vote. For two weeks my wife and kids hardly saw me.”

Heirbrandt will serve the remainder of Doug Carter’s four-year term after Carter resigned in early January when he was selected by newly elected Gov. Mike Pence to be the Indiana State Police Supt. Heirbrandt has known Carter for 40 years, but the two became friends during Hamilton County Sheriff Mark Bowen’s campaign.

“At a golf outing, we were paired together and just hit it off,” he said. “The past two years, I’ve gotten pretty close to Doug. We went to a lot of the same conferences and drove together to events… He’s very ethical. He’s kind of a model for me. I have the utmost respect for him.”

Heirbrandt and his wife, Gina, have lived in Hamilton County for 20 years. While they currently live in Westfield, the couple have also lived in Carmel and Noblesville.

“I have a good understanding of what the different needs are because I’ve lived in different communities,” Heirbrandt said. 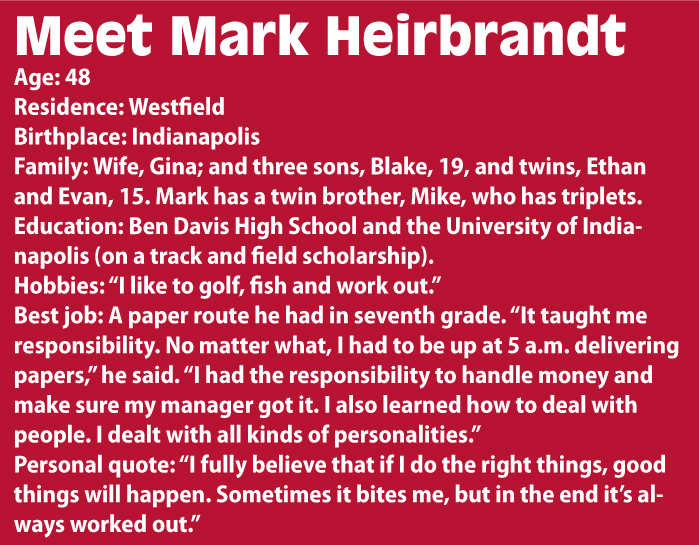 Heirbrandt works in the energy engineering and water treatment service industry. His focus is on local governments within the state of Indiana so he works with councils and elected officials every day.

“I go in and assess the facilities and operations, look for cost-saving opportunities and creative ways to save them money. I uncover inefficiencies and work to offset costs with grants, state incentives or creative funding,” said Heirbrandt, who also served six years on the Westfield Board of Public Works and Safety. “The past 14 years, I’ve been involved in local government. I know what worked and what didn’t work.”

“They’ve got a lot of experience. I was encouraged because I really want to learn a lot from both of them,” he said. “I think I’m going to bring some energy and a new perspective. I want to continue to make Hamilton County a great place to live and raise a family.”

Altman said Heirbrandt had been devoted to his new role.

“I was very impressed with his first meeting,” she said. “He knows how to work with people and get jobs done.”

Altman said Heirbrandt’s infrastructure background was a welcomed addition to the commissioners.

“That’s a lot of what commissioners do. That’s a huge plus for us,” she said. “We have good people working for us, but it’ll be nice having that experience on the board.”