You are at:Home»Current in Zionsville»Redistricting on the way for Zionsville elementary schools 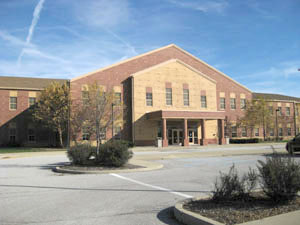 Zionsville Community Schools Board of Trustees discussed redistricting at their Feb. 11 meeting after they reviewed data from a demographic study completed by the Indiana Business Research Center at the Kelley School of Business.

The board discussed its options and recommendations based on the demographic study and established goals to move as few students as possible, avoid multiple moves for families, keep neighborhoods together and keep elementary peers together as they matriculate. Some of the areas affected are new constuction developments that do not currently have students enrolled but will likely in the near future when the lots are sold and developed. Board members felt these areas best met these goals and accepted a proposal to move Blackstone and Maple Grove subdivisions to Boone Meadow Elementary beginning with the 2013-2014 school year.

Other areas under consideration, such as Eagles Nest and Anson, also are being considered for redistricting. ZCS Supt. Dr. Robinson and Chief Operating Officer Bob Bostwick met last Wednesday with approximately 70 parents and others via a live webstream in these neighborhoods to answer questions and receive feedback.

“Our effort when balancing populations is to move as few students as possible, and a sufficient number to help us avoid another redistricting for at least three years. Even when we are successful with this, the prospect of changing schools is always a concerning topic to parents,” Robinson said. “Questions and concerns expressed on Wednesday evening at Boone Meadow were ones that we expect in such a meeting, and parent input gained from the resulting discussion definitely shapes my Board recommendation.”

A final decision and vote by the board will likely take place at the March 11 board meeting.