You are at:Home»Current in Zionsville»Bicycle safety event planned 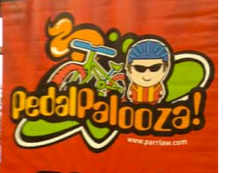 According to the Brain Injury Association of Indiana, three-fourths of bicycle –related fatalities could have been prevented if the biker would have worn a helmet.

Indianapolis-area law firm Parr Richey Obremskey and Morton is working to lower those numbers by hosting its third annual bicycle safety event, PedalPalooza, on April 27 at the Witham Family YMCA in Lebanon. The event is free and will be from 10 a.m. to 2 p.m.

“Part of our law firm is a personal injury practice, and two of our partners, Paul Kruse and Tony Patterson, have worked on cases involving bicycle accidents involving brain and neck injuries,” said John McLaughlin, a Parr Richey associate attorney who has participated in the event the past two years. “We’re aware of the statistics. Wearing a helmet can reduce head and brain injury by as much as 85 percent.”

The firm will have a booth outside the YMCA at 2791 N. Lebanon St. and pass out bicycle safety pamphlets, bike reflectors and 200 helmets. There also will be a chance to win one girl’s and one boy’s bicycle. McLaughlin said those wanting a helmet should get there early because year they ran out in just two hours.

“We’ve gotten great feedback from the community and plan on making this an annual event every year until they tell us we can’t come anymore,” McLaughlin said. “It’s a great feeling to get out in the community and to think that you’re helping prevent a bicycle injury, whether it’s something minor or major.”