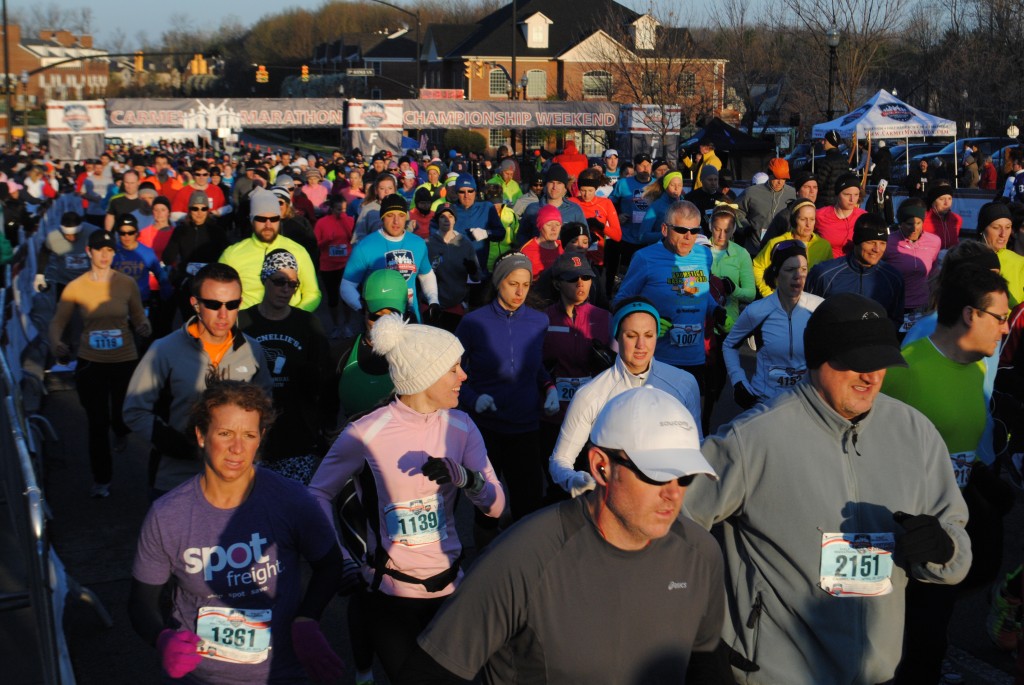 The marathon and half-marathon kicked off during the early morning of April 20. Even with temperatures in the 30s, the participants were ready to run. (Photos by Christian Sorrell) 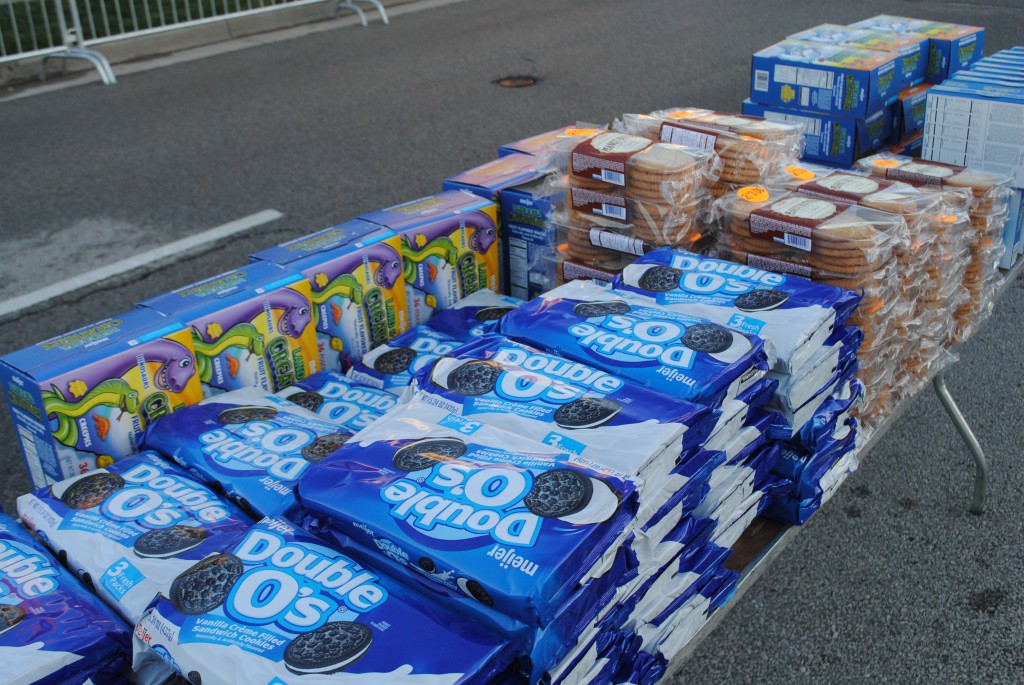 The runner recovery area just past the finish line was filled with cookies, drinks, fruit and more for runners to grab after completing the 26.2 mile run.

For more results and information on this year’s Carmel Marathon, visit www.carmelmarathon.com. 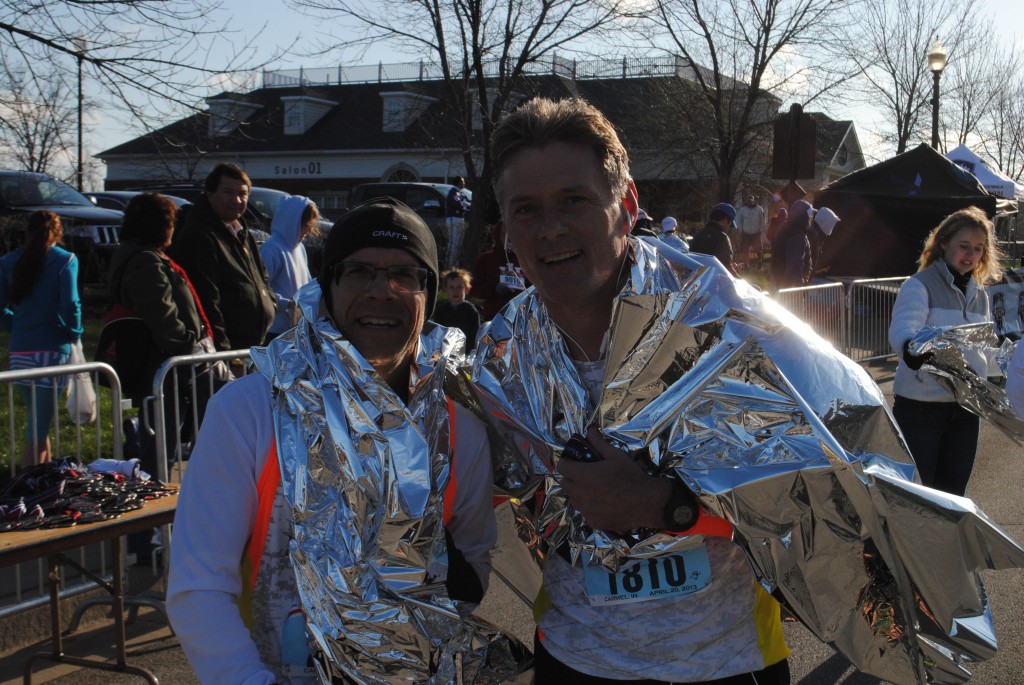 Robert Klawans of Buffalo Grove, Ill., and Kelly McGovern of Bartlet, Ill., participated in the half-marathon. “We did a little slower than we would have liked, but the course was tough!” said Klawans. 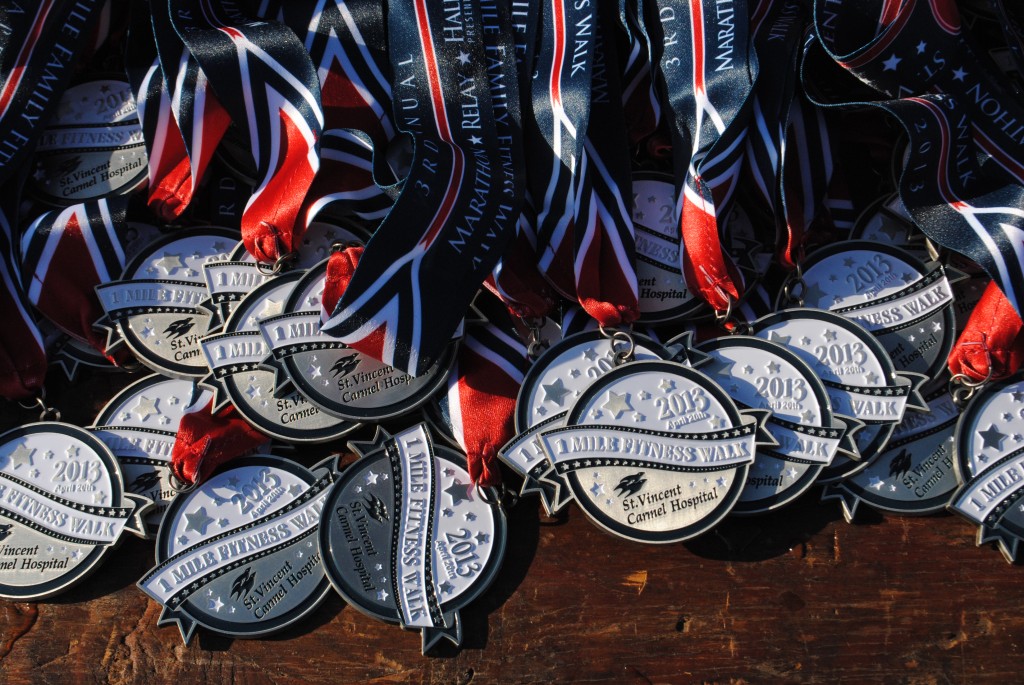 Several tables were covered with medals for all of the day’s events in preparation for the runners’ return. 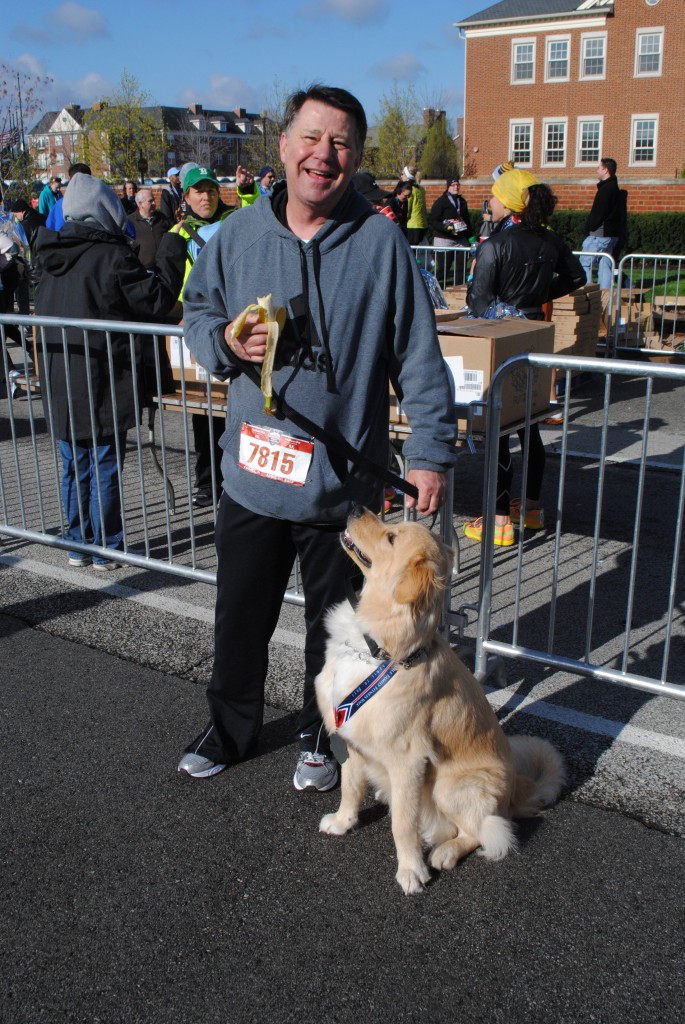 Mike Ferguson of Fishers ran the Keybank 8k with his dog, Max. “He loves coming out, getting to run and see everybody,” Ferguson said. “He could probably run it again!” 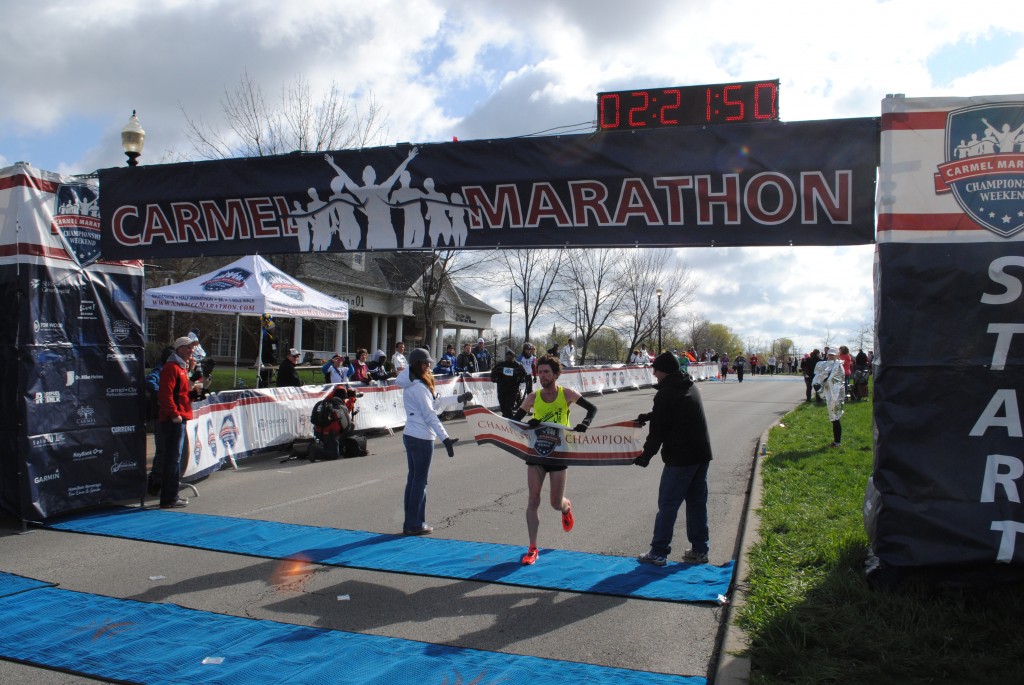 Jesse Davis catching the banner as he takes first place at this year’s marathon. 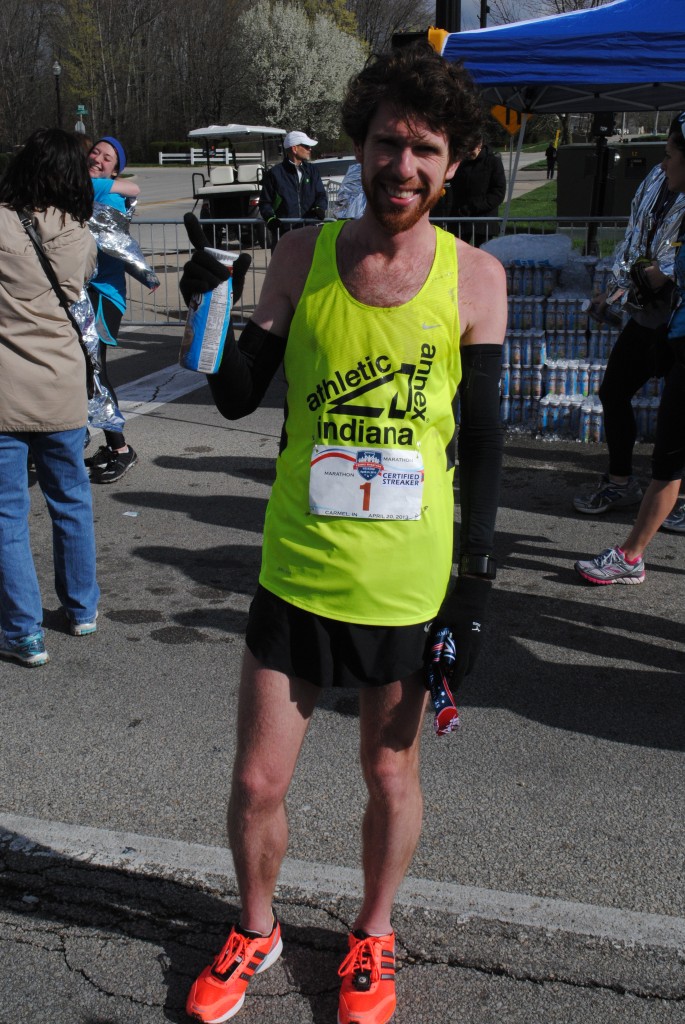