You are at:Home»Current in Westfield»Under construction 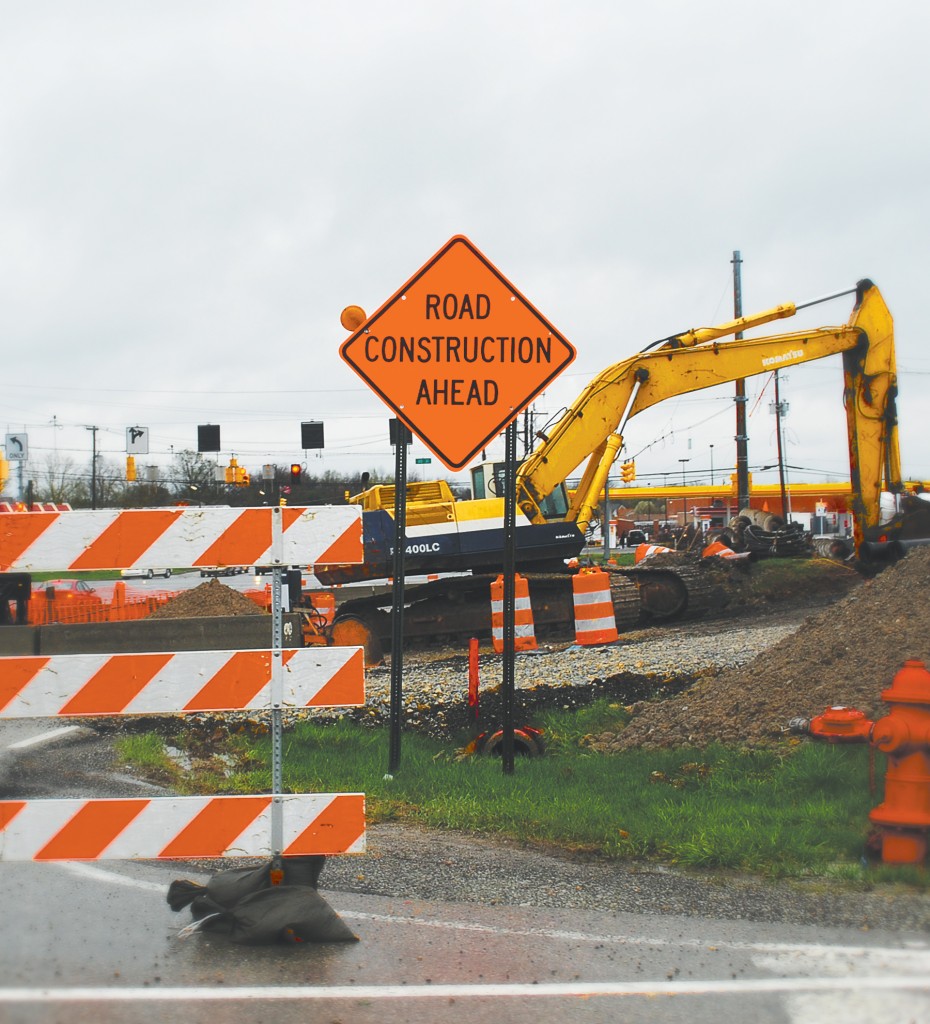 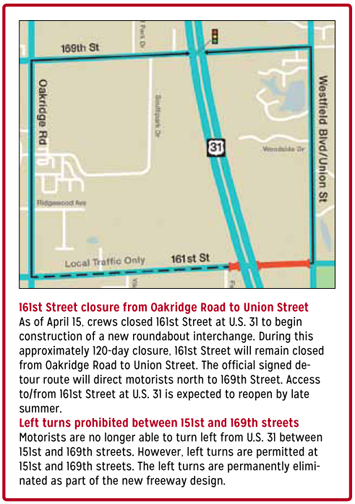 As work continues on the main corridor into Westfield, familiar routes are becoming populated with orange barrels, decreased speed limits and even some road closures.

“To eliminate stoplights is what this is all about,” Westfield Mayor Andy Cook said.

This year’s construction is focused from 146th Street north to 169th Street.

Cook said the 2013 phases of construction bids are “below engineer estimates.” The third and final phase of this year’s project will be bid in August. This year’s plans call for an overpass at 161st Street and interchanges at 151st and 161st streets.

“They’ve be tearing down homes all winter,” he said.

Construction has closed 161st Street from Oakridge Road to Union Street and left turns have been eliminated from 151st to 169th streets. Cook said there are no more cross traffic or left turns.

“It’s disrupting both sides of 151st street,” he said. “All four lanes of traffic have been moved to the northbound side. The traffic is now on the east side and will remain like that until next year when the traffic shifts over to the west side.”

Cook said two bridges are planned for 156th Street so motorists can go west instead of using Greyhound Pass. Additional plans call for a tunnel under 161st Street for the Monon Railroad, bridges at Union and 156th streets and a roundabout at 161st Street.

“There have been no major problems since we began,” Cook said.

While the main focus of construction will occur on U.S. 31, INDOT will be preparing for future work this summer. Cook said demolition will happen at 191st Street and Ind. 32 as INDOT builds side streets and connectors for 191st and 196th streets.

“Lots of offline (side) roads have to happen,” he said. “There’s an all new Wheeler Road under construction as we speak.” 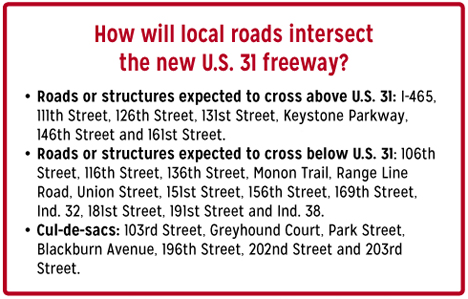 Cpt. Charles Hollowell agreed that the police department has had no major issues with construction on U.S. 31 and has not seen an increase in crashes or traffic violations. Hollowell said most of the crashes on U.S. 31 are caused by the stop and go traffic pattern.

“It does tend to cause some rear enders or from people changing lanes and not realizing the lights,” he said.

Motorists should also note the temporary speed limit change to 40 miles per hour.

“This area is rigidly enforced by Indiana State Police and the Westfield Police Dept.,” Cook said.

To avoid construction, motorists use side streets, but are obeying posted traffic signs.

“People are pretty resourceful in finding alternative routes. We haven’t had an increase of traffic complaints or calls from the public,” Hollowell said. “Stop signs slow down traffic and helps reduce the speed of traffic.”

When construction is completed, Hollowell said the new roadways will provide easier and faster driving for motorists and public safety personnel.

U.S. 31 construction has not been a topic of controversy from residents or the business community.

“I absolutely avoid (U.S.) 31. It takes me longer to get to work and school because I go the back roads. I think the results will make everything really confusing, and I don’t think it’s necessary,” Westfield’s Cydnee Allen said.

“The ends justify the means, and it will be highly efficient in the future but now it is not,” Chris Vincent said. 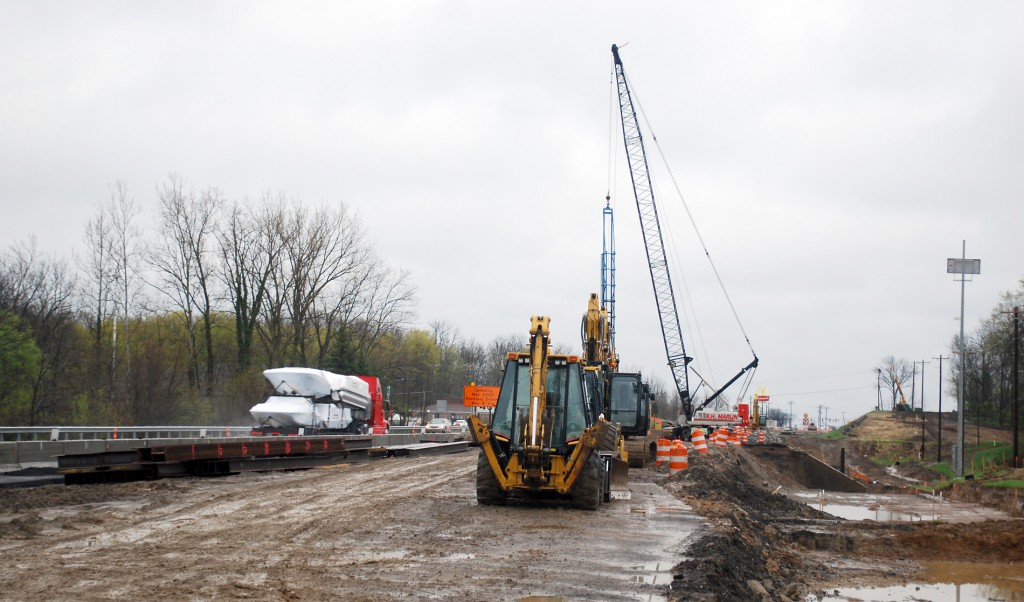