You are at:Home»Current in Zionsville»Prostitution ring bust at Zionsville and Carmel spas 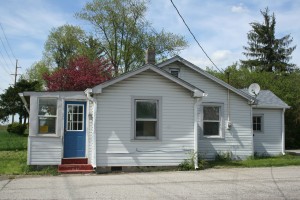 One man and five women face prostitution charges as a result of a police-led raid on Beijing Spa of Zionsville and Dove Spa of Carmel Wednesday morning.

A Hamilton/Boone County Drug Task Force, along with several area police agencies, participated in the investigation which began in August 2012 after investigators received anonymous tips of possible sexual activity inside. Police announced the results of the investigation at a news conference Wednesday afternoon

Fishers resident Lu Wang, 50, was accused of running a prostitution ring through Dove and Beijing spas and faces charges of promoting prostitution, according to the task force.

“The significance of this case is we were able to get to the top of the person that was actually writing the checks, the person actually controlling the business,” said Major Aaron Dietz, commander of the Hamilton/Boone County Drug Task Force.

Beijing Spa is at 12115 N Michigan Rd. and Dove Spa at 715 S. Range Line Rd. Both were shut down by investigators.