You are at:Home»Current in Carmel»Carmel Community»Occupants evacuated after gas line cut
Occupants of two buildings were evacuated around 10 a.m. June 6 after a gas line was cut at 739
Keystone Way, which is just west of Carmel Drive and Keystone Avenue on the north side of Carmel Drive.
At 10:05 a.m., the Carmel Fire Dept. evacuated one building at 600 E. Carmel Dr. due to its proximity to the
gas line and another building at 650 E. Carmel Dr. due to a water pressure deviation which set of its
sprinkler system alarm, according to Carmel Fire Dept. Fire Marshal Bruce A. Knott.
The fire deptartment’s hazardous materials crew clamped off the gas line, and Vectren employees arrived
and took over the scene. Knott said the line was cut while construction workers were installing a fence at
the 600 E. Carmel Dr. facility.
Occupants of both buildings were allowed back in within about half an hour of the cut, and there were no
injuries reported. 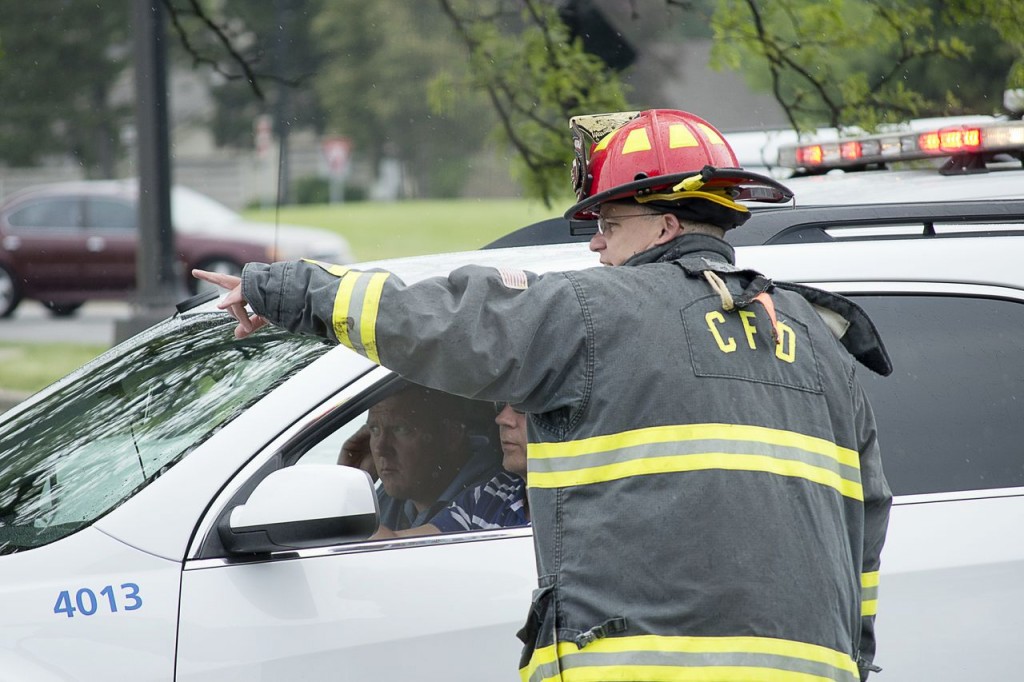 A member of the Carmel Fire Dept. directs employees of Vectren toward a gas line cut on Keystone Way on June 6. (Photo by Jillyann Burns).