You are at:Home»Current in Westfield»WMS Bands finish season on high note 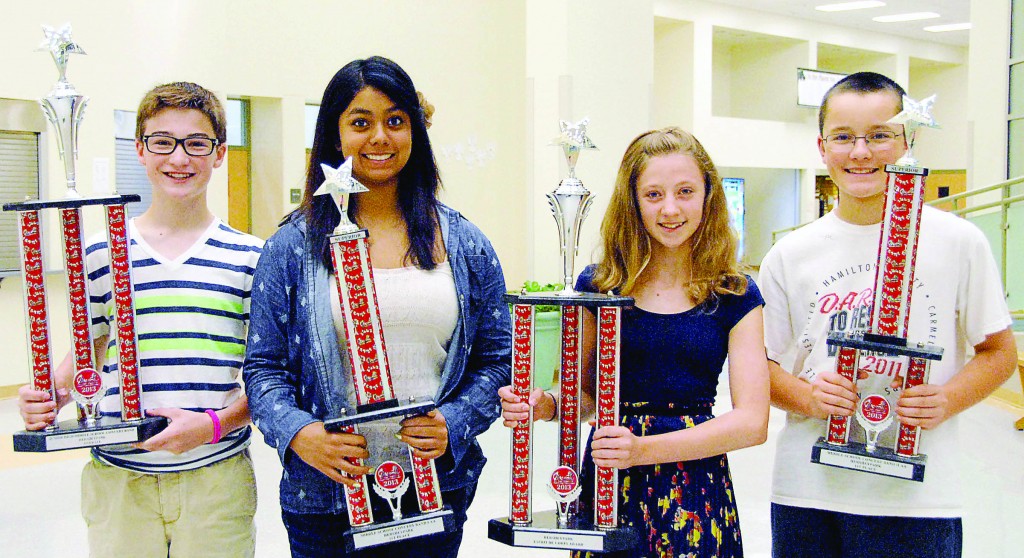 The Westfield Middle School seventh- and eighth-grade concert bands earned Superior ratings at the Music in the Parks Festival in Hershey, Penn.

“I was extremely proud of both bands’ performances,” she said. “The Esprit de Corps award was the most meaningful because the students displayed outstanding character and demonstrated our guiding principles.”

All schools were eligible for the Esprit de Corps award, but it only is awarded to one school. WMS received the honor for demonstrating proper social behavior as well as musical behavior/encouragement and for possessing the qualities of highly successful people who are sensitive to others and applaud accomplishments for all schools. The bands were evaluated from the time they arrived at the festival site until the awards presentation.