You are at:Home»Current in Westfield»Lightening causes $250k in damages 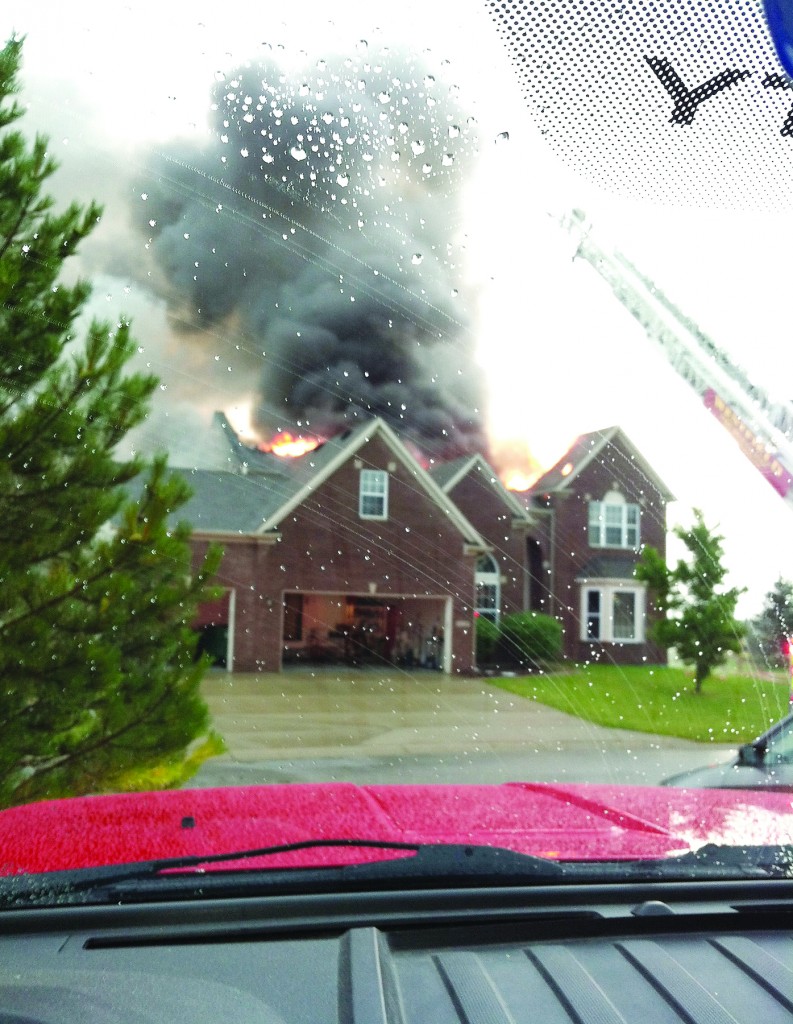 Westfield firefighters saved two homes after storms rolled through the city on June 23.

Around 5 p.m., WFD Spokesman Jon Barrett said the family at 16127 Etna Green was sitting at home when they heard a loud bang. At first, Barrett said they thought the sound was nothing more than nearby thunder from the passing storm. Soon after, the family smelled smoke while a neighbor was banging on their front door. They quickly left the house and dialed 911.

“Within a few minutes, Westfield firefighters arrived with flames shooting through the entire roof and impinging on two nearby homes,” Barrett said.

“Firefighters saved two homes tonight and made sure everyone was safe,” Barrett said. “This is true testament to the tireless job they do every single day.”

Barrett said after the structure of the home was deemed safe, firefighters continued their battle inside the home.

“It took firefighters nearly an hour to gain full control of the fire. This fire was one of seven lightning strikes, Westfield firefighters responded to this evening,” he said.

Investigators determined the cause of the fire was a lightning strike to the home and damages were estimated at $250,000.

There were no injuries and WFD was assisted by firefighters from Carmel, Noblesville and Sheridan.