You are at:Home»Current in Westfield»‘Mr. President’ speaks to Rotarians 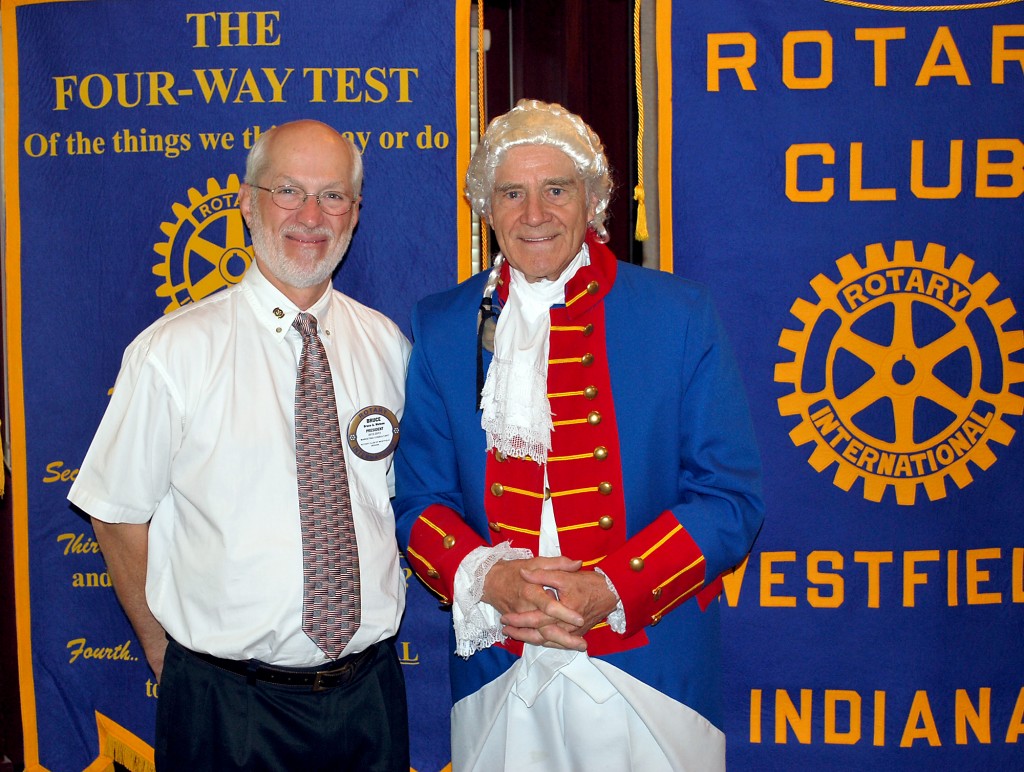 A special historical figure visited the Westfield Rotary Club at its June 25 luncheon at The Bridgewater Club. To lead into the Independence Day holiday, the father of our country, George Washington, spoke to local Rotarians. 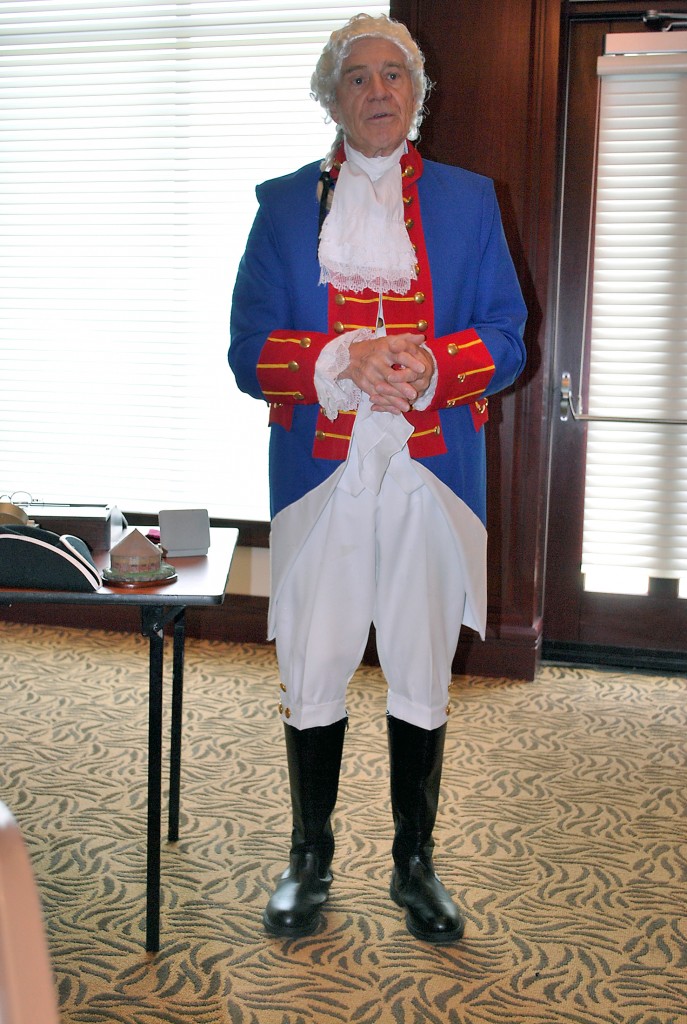 Portrayed by David Best, “Mr. President,” as he preferred to be called, was dressed in period costume and spoke in character. Washington socialized with members before the meeting and spoke for 30 minutes during the meeting.

Washington made a name for himself serving as a general in the Colonial Army. In all the battles in which he fought, before and during the American Revolution, he never shed a drop of blood. Best said his uniform and hat had bullet holes through them, but he was never struck by a bullet.

“We learned that he really did not want to be the first president, but was cajoled by his provincial associates to place his name in nomination,” said Watson. “Of course, we know the outcome of the election; he won overwhelmingly.”

Best told the group Washington just wanted to be a farmer like his good friend, Thomas Jefferson. The first presidential residence was in New York City and when Washington arrived, he was greeted by throngs of people inside and out of his new home.

“Everyone wanted to speak with the new president, or to just be in his presence. He couldn’t get anything done,” Watson said. “As a result, he established a policy that he would only meet with the public for one hour on Wednesday and Thursday afternoons.”

Washington was convinced to run for a second term, and of course won again.

However, when he was urged to run for a third term he refused, believing that if he was elected again, people might start calling him King George.

Best said when Washington’s term was finished he retired to Mt. Vernon and spent the rest of his days doing what he loved – farming.

The Rotary Club of Westfield is a service organization that has numerous local and international service projects which it supports financially and with volunteers. Among these are the Open Doors Food Pantry, the Sensory Garden at Freedom Trails Park, and a local Child Safety program. The Westfield club is in the final stages of funding an R-Tractor to an impoverished community in Haiti. Rotary meetings are held weekly at noon on Tuesdays at the Bridgewater Club in Westfield where guests are welcome to attend. For more information, call 587-2211 or visit www.westfieldrotary.net.