You are at:Home»Current in Westfield»Pershing wins underwater photo contest 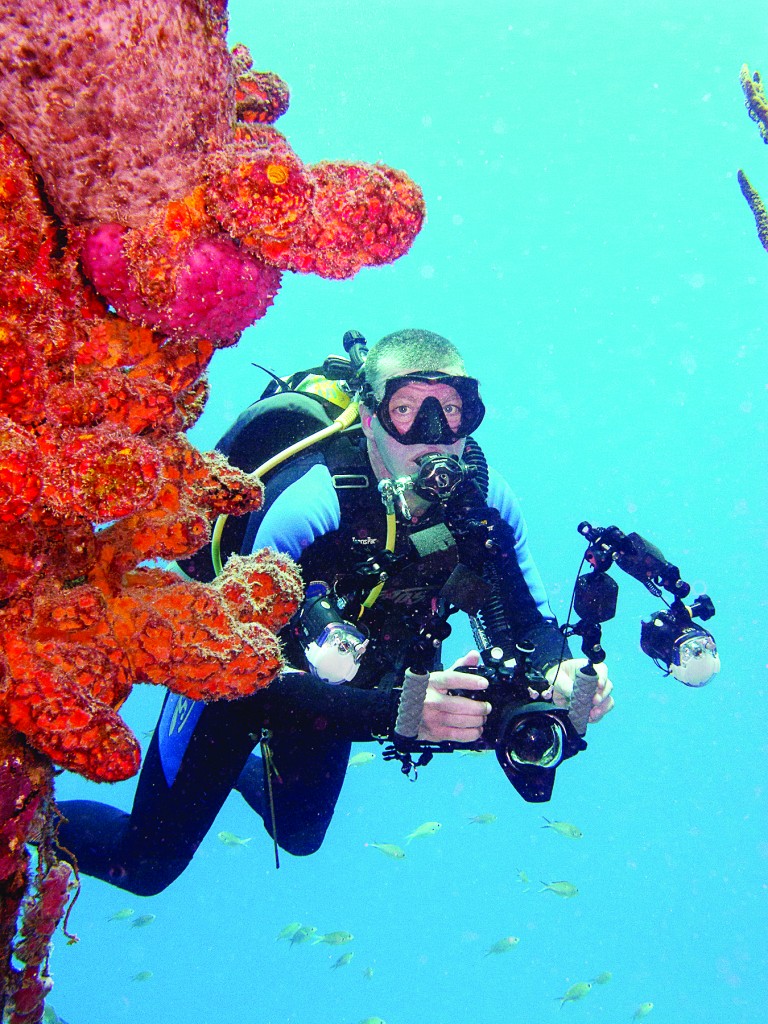 Mike Pershing looks for his winning shot while scuba diving with his underwater camera in Kralendijk, Bonaire. (Photo submitted by Tenna Pershing) 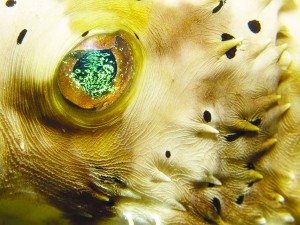 His photograph of a puffer fish eye won in the point and shoot division of the contest, and he received an Olympus E-PL5 camera and underwater housing, valued at $1,350.

“I was in shock,” he said. “I never thought I had a chance. I honestly thought her (wife, Tenna) photo would win. I was dumbfounded.”

Tenna, who has been diving for three years and taking underwater photos for two years, was awarded honorable mention for her photograph of a juvenile drum fish and received a Go Pro filter.

“It was an amazing experience being able to learn from professionals like Berkley White and Sterling Zumbrum,” Mike said. “We learned so much and were blessed to have our photos recognized.”

Both participated in the weeklong digital shootout underwater imaging workshops held in Kralendijk, Bonaire, a South Caribbean island off the coast of Venezuela. The shootout provided underwater photography workshops and hands-on instruction from some of the world’s best photographers along with the photography contest.

This is the first time the couple participated in the shootout.

“We try to hit four or five dive trips a year,” Mike said. “Our favorite places are Bonaire, Micronesia and Indonesia, which is by far the best dive we’ve ever done.”

Mike began diving in 2005 and started taking underwater photographs in 2008 because Tenna did not enjoy diving. He said photography is a great way to occupy yourself while diving as it regulates your breathing and buoyancy.

“I wanted to show her all the cool things under the water that were amazing,” he said. “I really enjoy macro photography – almost microscopic items. There are so many little tiny items that average divers don’t see.”