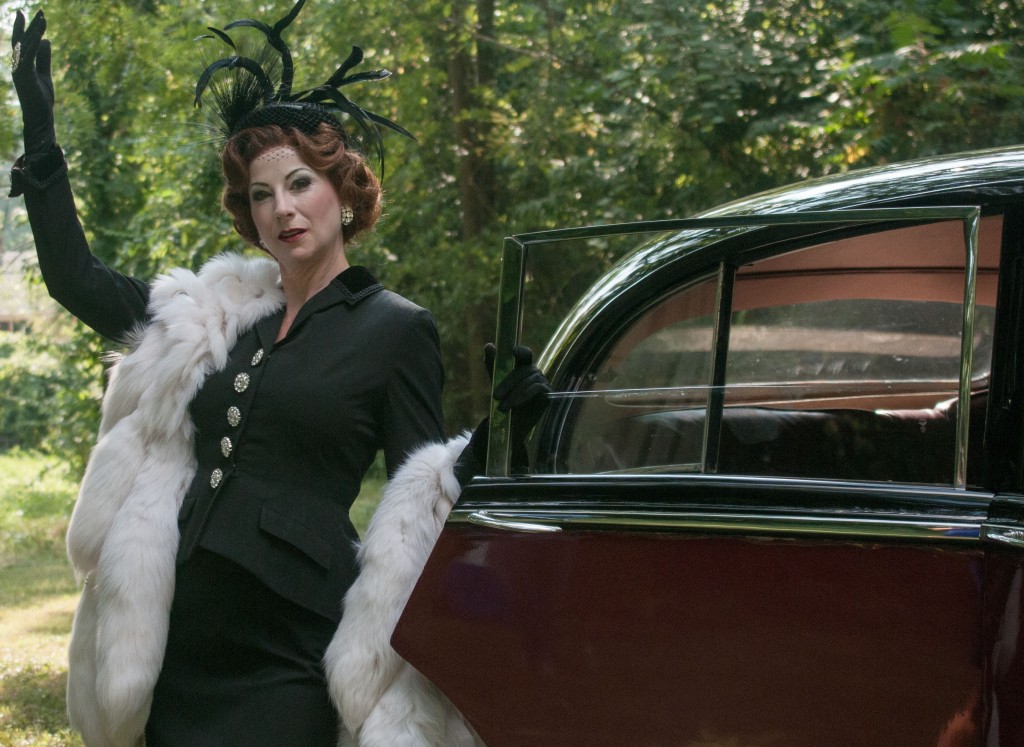 “Sunset Boulevard” is a dark, fascinating look at the underbelly of the glamour of 1940s Hollywood. Set to a complex musical score by Andrew Lloyd Webber, it tells the tale of Norma Desmond, an aging silent film star who still clings to the alluring and powerful vision of her younger self.

It is a demanding and intricately-layered portrait of a woman who cannot deal with the reality of the present day. She copes by allowing herself to dwell in the past while slipping deeper into delusion and ultimately, madness.

When the curtain rises on the central Indiana premiere of “Sunset Boulevard” at Footlite Musicals Theatre in Indianapolis, the role, which was originated on Broadway by Patti Lupone and also portrayed by legends such as Betty Buckley, Glenn Close and Elaine Page, will be played by Carmel’s own Laura Lockwood.

Lockwood is a familiar face on the Indianapolis-area theatre scene. A veteran of Civic Theatre’s productions of “A Chorus Line” and “Guys and Dolls,” and Beef and Board’s “Cinderella” and “Camelot,” she was recently nominated for an Encore Award for her portrayal of Alaura in “City of Angels.”

“I am very appreciative of the opportunity to play this complicated and dramatic character,” Lockwood said. “I have mostly played lighter, comedic roles. This has been a tremendous journey.”

The multi-talented Lockwood also did costume design for two shows at Civic Theatre this summer.

“Sunset Boulevard” is directed by Rich Baker of Indianapolis, who said that he has watched six different productions of the show over the past several years to help him gain perspective for his own.

“It’s easy to turn Norma into a caricature or camp it up,” Baker said. “I wanted her to be real for the audience; for them to really believe that they are seeing a woman who had it all and lost it all and is now losing her mind as a result – much like Doris Day, who was everyone’s darling in her heyday and now won’t be seen in public. Everyone dreams of fame, but it’s fleeting. So be careful what you wish for.”

Additionally, two Carmel High School seniors, Lisa Campbell and Thomas Frye, are working behind the scenes to film a documentary about the production of a stage musical, from auditions to closing night. They also produced a silent film which will be shown prior to the show.

Tickets: Weekend tickets are $20; Thursdays are $10

Note: “Sunset Boulevard” is not suitable for young children. Parking is free in the lot behind the theatre.