You are at:Home»Current in Carmel»Carmel Community»Henley Romine leaves behind legacy of hope and courage 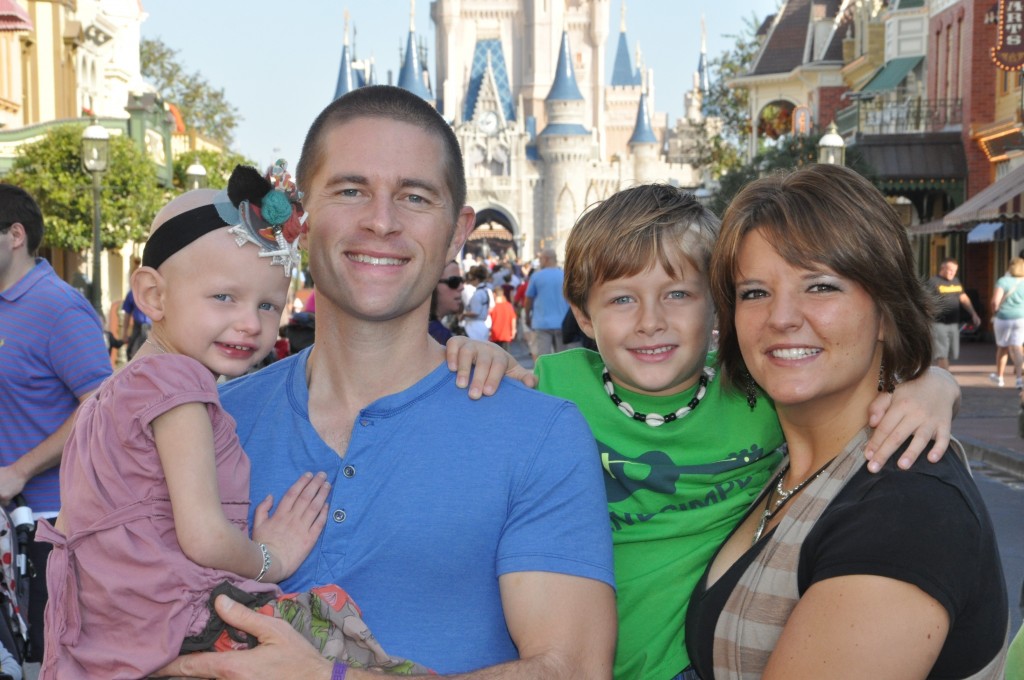 When 4 year-old Henley Hazel Romine died on July 19, she became a shining symbol of strength, hope and courage.

“She didn’t know she was sick,” said her father, Grant Romine. “She always had smile, a twinkle in her eye and an unbelievable sense of humor.”

“In just four and half years, she touched so many lives and so many people,” said Lynsey Romine, her mother.

When Henley was one year old she was diagnosed with neuroblastoma, a rare form of childhood cancer. Yet in those three years Henley, her parents and 6 year old brother, Cooper, faced the disease with unimaginable fortitude.

During Henley’s three arduous years of treatment, the family was forced to travel, rarely seeing their home in Carmel.

“We traveled her whole life,” Lynsey said. “We were in New York City, in Grand Rapids, where the facilities were for Henley’s treatments. We did not live here for three years.”

Despite the overwhelming demands of the treatments, the Romines ensured that Henley’s life was filled with much joy.

“We would visit beaches,” Grant said. “Henley loved the beach. When we were in New York we visited Central Park. We did everything. Cooper actually remembers the time we spent in Central Park.”

“Henley also got to take her Make-a-Wish trip to Disney World,” Lynsey said. “It was a wonderful time.” The trip was sponsored by the Make a Wish Foundation, an organization that specializes in granting wishes to children who have been diagnosed with life-threatening medical conditions.

Through it all, the Romines have remained steadfast and positive. Both credit a supportive network of family and friends. Part of that network includes Lynsey Romine’s sister, Emily, who has stayed with the family during this difficult time.

“We really needed her,” Lynsey said. “She’s just been incredible. We could not have made it through without her. We’ve had the love and support of so many.”

The Romine family intends to start a foundation that will help families dealing with the pressures of cancer treatment. “The foundation is in its early stages,” Grant said. “We hope that the foundation will be able to raise awareness and assist families with medical bills, such as stays in the ICU.”

“There’s so much that needs to be done during treatment,” Lynsey explained. “You have to keep a safe, clean environment in your home. It can be completely overwhelming. We’d like to help take the burden off of some families. So many people have given us so many ideas.”

Above all, the Romines want Henley’s legacy to reflect the hope that she shared with so many.

“Henley would just draw people in,” Lynsey said. “She was so inspiring, loving, and faithful.”

“She changed our lives for the better,” Grant said. “Most people only dream of angels, we got to hold one on earth.”