You are at:Home»Current in Westfield»Mysterious artist colors debris 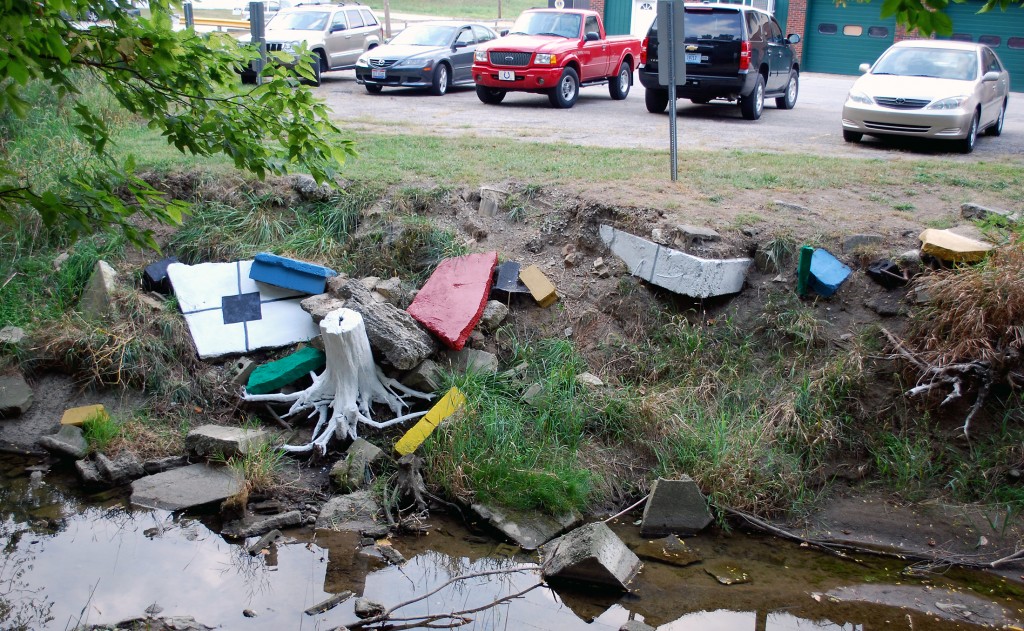 Pieces of debris along Anna Kendall Creek next to Downtown Westfield Association, 211 S. Union St., have been painted a piece or two at a time during the past month by a mysterious artist. (Photo by Robert Herrington)

Members of the Downtown Westfield Association began noticing that the view out their windows at 211 S. Union St. was becoming more colorful about a month ago. Teresa Skelton said two or three small sections of concrete were painted along Anna Kendall Creek.

Skelton said the items painted were not brought into the area but already located there – including rocks, pieces of concrete and even a tree stump.

“I’m not going to complain because I think it’s pretty nice,” she said. “It’s obscure. It’s not vandalism or like someone dumped a bunch of paint.”

“It’s all been there. I think it’s a great idea,” DWA Director Ken Kingshill said.

The artist has not been seen by the DWA staff and remains a mystery.

“I think it’s done in the evenings or weekends,” Kingshill said.