You are at:Home»Current in Zionsville»Zionsville man turns 101 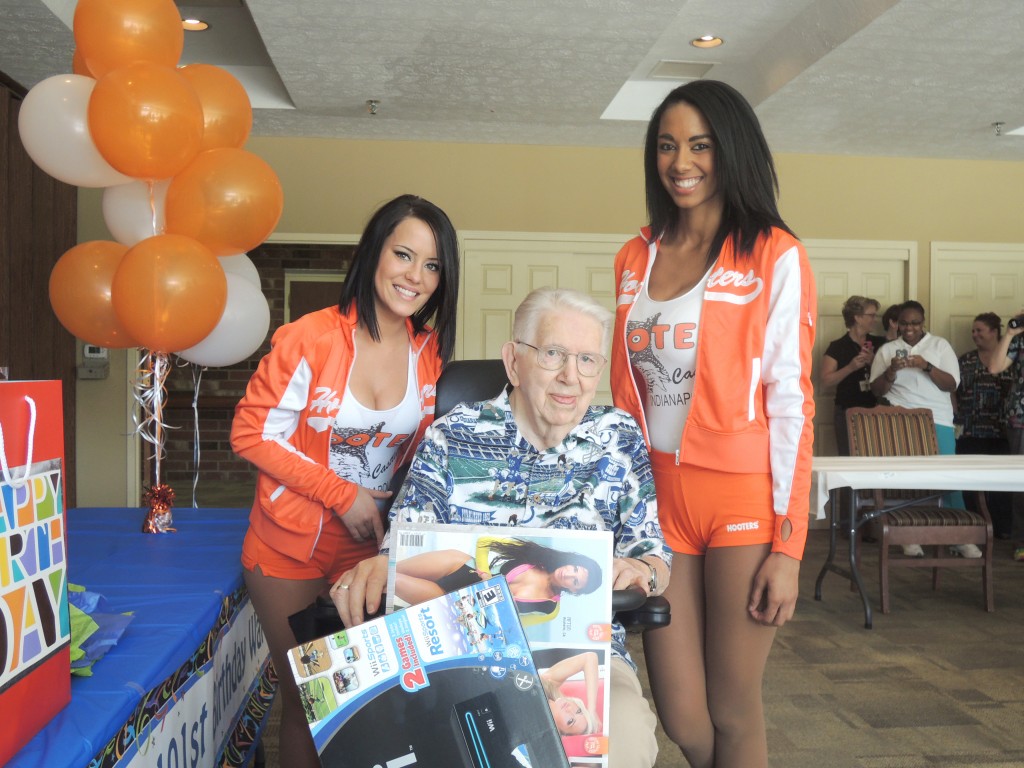 On Sept. 13, Zionsville Meadows held a birthday celebration in honor of 17 year resident Warren Englehart. Before retiring, he serviced televisions for 26 years and worked for General Electric for 17 years. When asked about his secret for a long life, he responded, “Don’t die and keep breathing.” He loves the Hooter girls, Colts Cheerleaders and his new Wii which was given to him by Zionsville Meadows. He loves kidding with Zionsville Meadows staff, especially the women, and playing Wii bowling.