You are at:Home»Current in Carmel»Carmel Community»Woman sentenced to additional prison time in daycare death 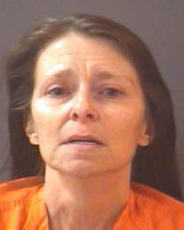 The woman who ran a Carmel daycare where a 5-month-old child was found dead in January has been sentenced to 425 days in prison after being convicted by a jury of involuntary manslaughter.

Stacey Cox had been found guilty in October of the felony charge of involuntary manslaughter and two misdemeanor charges for deception and operation of a child care home without a license, according to the Hamilton County Prosecutor’s Office.

Cox has credit for 151 actual days served, which is the equivalent of 302 days served toward the 425-day term

After Cox serves her prison time, she still faces a year of work release, six months of probation and 30 hours of community service, the prosecutor’s office said.

She will be prohibited from being employed, volunteering or otherwise working in a position involving the supervision or care of any other person, the prosecutor’s office said.

The 43-year-old Cox and 22-year-old Kirsten Phillips, both of Carmel, were arrested as a result of the Jan. 24 death of a 5-month-old baby at an in-home daycare that Cox operated.

On Jan. 24, the 5-month-old child was found unresponsive in a home daycare operated by Cox and her daughter. Carmel police began investigating the death of the child and discovered the daycare was operating in violation of a cease and desist order given in October 2012 by the Attorney General’s Office.

The case against Phillips is set for a jury trial in March 2014. She is charged with neglect of a dependent resulting in death, reckless homicide and involuntary manslaughter.