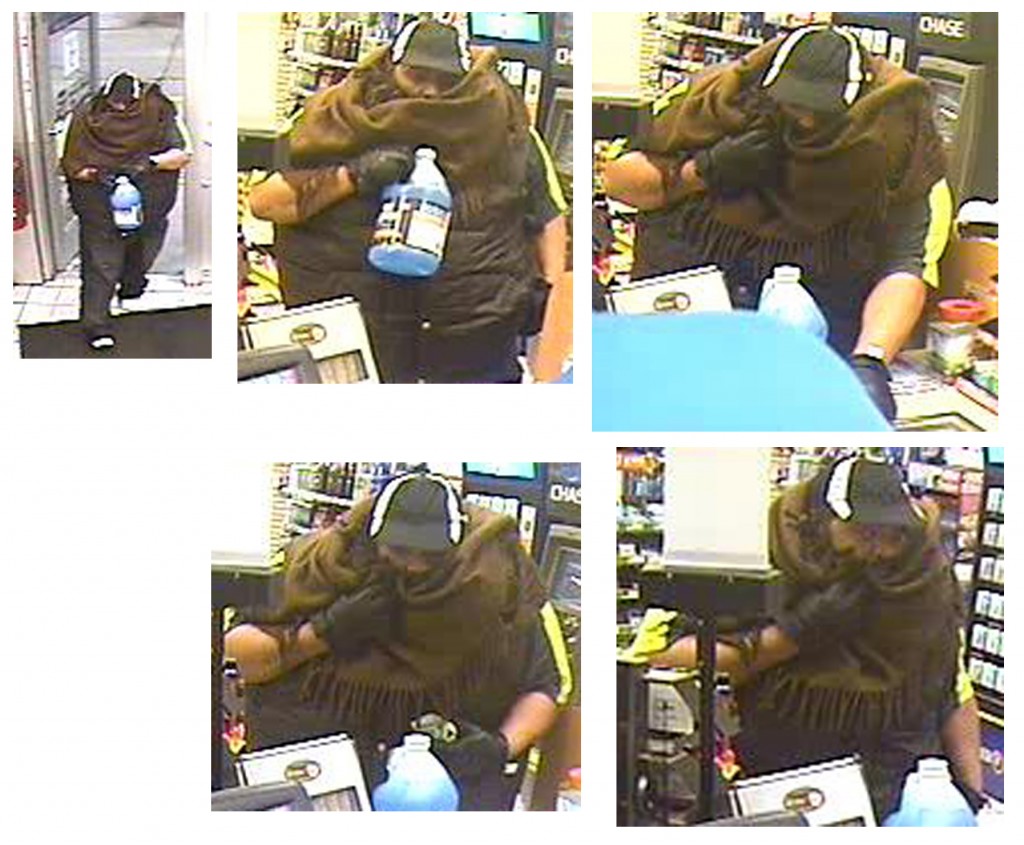 Surveillance cameras captured this image of a man who robbed a Speedway gas station on Michigan Road on the morning of Jan. 5. (Submitted photos)

Early in morning of Jan. 5 as the entire region was bracing for the start of the week’s epic snowfall and cold snap, an unidentified man walked into the Speedway gas station on Michigan Road in Carmel and robbed the store.

Now police are seeking the public’s help in identifying the man.

Carmel police said in a statement that they responded to the Speedway gas station at 10005 Michigan Road in reference to a robbery at 3:03 a.m.

The suspect was described as a heavy set black man 30-40 years old, approximately 5’09”, wearing a brown vest jacket with a yellow short-sleeved T-shirt underneath, police said.

The suspect was also wearing a black and white baseball cap and black gloves. The suspect used a brown scarf with fringe to cover his face, police said.

The store’s clerk said the man entered the store and told the clerk to give him all the money.

The clerk said the man then said, “Give me all your money before I shoot you.”

During the robbery, the man inferred that he had a handgun, but he never displayed a weapon. The man took an undisclosed amount of money from the cash register and left through the front door of the business, police said.

The man was last seen running south of the business, police said.

Police are asking anyone with information on this robbery to contact the Carmel Police Department Investigations Division at 571-2511 or Crime Stoppers of Central Indiana 317-262-8477.