You are at:Home»Current in Westfield»Ready to play ball 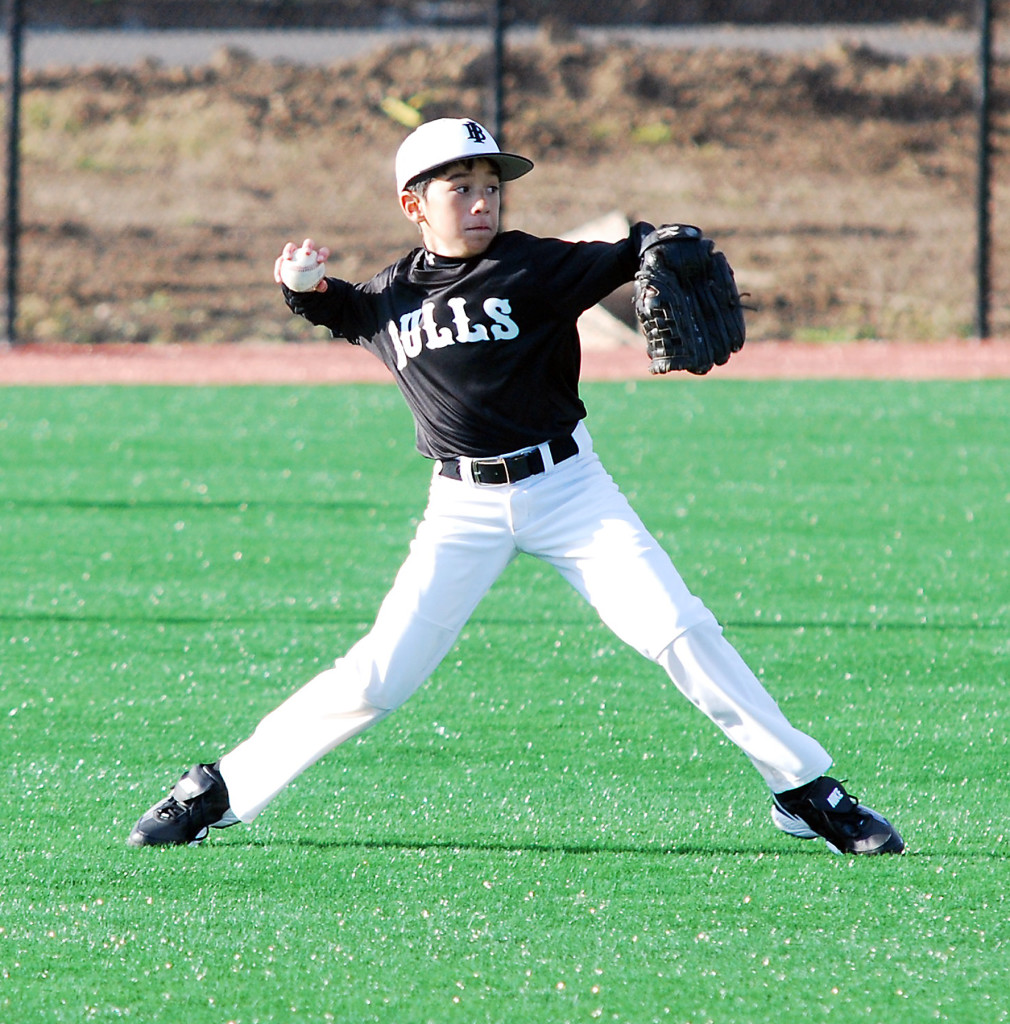 Andrew Davis throws the ball to first base during an Indiana Bulls demonstration at Grand Park in October. (file photo)

Grand Park organizers said more than 5,000 games will be played on the sports complex’s baseball diamonds in 2014. The City of Westfield, Lids Indiana Bulls and Bullpen Tournaments announced the initial 2014 baseball schedule at Grand Park. Games will begin the first weekend in April and run through the end of October. Organizers said each tournament will include an average of 60 teams coming from 15 states and two nations.

“The interest in the baseball facilities at Grand Park has been enormous. Lids Indiana Bulls has done a fantastic job filling the tournament schedule, which will bring many visitors to Westfield from across the country,” Westfield Mayor Andy Cook stated.

The first baseball game is scheduled for March 8 when DePauw University will play Manchester University. Manchester is coming off the 2013 campaign when the team finished the season 37-7 and played in the DIII World Series.

The first tournament is scheduled for April 4 and 5 and opens with the Midwest High School Classic featuring teams from four states. Among the attendees will be three of the last four Indiana state championship teams. Officials expect numerous professional and college scouts to attend. Also taking place at that time is First Pitch Weekend, which is geared toward 9-13U teams. It will be the first opportunity for the Midwest’s top talent to play at Grand Park Sports Campus.

“The Lids Indiana Bulls organization is excited to call Grand Park home. It is truly one of the best facilities in the country. We look forward to working with the City of Westfield to help make Grand Park and the entire city a premier sports tourism destination,” stated Mike Mundy, Lids Indiana Bulls executive director.

For the full 2014 baseball tournament schedule and booking and contact information, visit www.bullpentournaments.com.