You are at:Home»Current in Fishers»Heitzman announces run for mayor

Maurice Heitzman has announced his candidacy for mayor of Fishers. 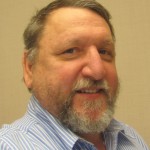 Heitzman, 61, has lived in Fishers with his wife, Carlene, since 1974. A graduate of Purdue University with a bachelor of science in engineering, he is a consultant on design projects, construction plans and documents, environmental documents preparation, material and cost estimates and other project management components for local agency, state and federally funded projects generally administered by INDOT.

Heitzman, a Republican, has served as president of the Fishers Jaycees twice; once in 1981 and the other in 1983. He has also volunteered with the Fishers Community Volunteer Fire Department and with the Fishers Fire Department from 1981 to 1996. He has held leadership positions with Fishers Cub Scout Pack 109 and Boy Scouts Troop 109. Heitzman served as a unit commissioner and assistant district commissioner, working with more than 600 volunteers in 29 scouting units throughout Fishers.

Heitzman has also volunteered with the Crossroads of America Council, including the Scout Band and the Voyageur training programs; he has been awarded for his service to the youth in the BSA programs, including co-ed venturing crews and explorer posts.

He has also volunteered with the Fishers Renaissance Faire and has served on the Faire Board. Prior to the first referendum on the Town of Fishers becoming a second class city, Heitzman chaired the initial fact finding committee to collect and publish information to Fishers.

“My philosophy is to provide the necessities and quality of life amenities which have made Fishers an area of choice for families and business,” Heitzman said, adding that these amenities include major areas such as public safety, continuously improving quality education, infrastructure management, Parks & Recreation, and other public services vital and desirable to the community.

Other areas he said he considers important include expanding community resources, particularly for youth and seniors, and to provide for economic, cultural, recreational and ethnic segments of the population.

“It is impossible to address the many consideration in a statement, but this philosophy must include the need to provide a strong tax base to lower or at least hold the line on the taxes in our community and to improve the efficiencies and priorities in the community,” Heitzman said. “One essential component of my administration will be communication with the residents and addressing their concerns.”

Heitzman has a son and daughter; both were raised in Fishers and attended Hamilton Southeastern Schools before going to colleges in Indiana.