You are at:Home»Current in Carmel»Carmel school board member decides not to run again

School Board member Greg Phillips has decided that he would rather step down at the end of his current term this year than run for re-election in the fall. 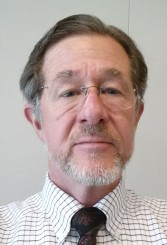 Elected in 2006, Phillips said he was making the announcement now so that other candidates would have time to decide whether to run. School board positions are chosen in the general elections and candidates don’t participate in primaries.

“I love the heck out of the teachers,” Phillips said. “It’s been a pleasure and a privilege to serve on the school board.”

“I would like to express my appreciation to Mr. Phillips for his community service to Carmel Clay Schools over the past eight years as a school board member,” Supt. Nicholas Wahl said. “He has been thoughtful in his approach to his duties as a board member with a genuine interest to improve Carmel Clay Schools for the betterment of our students and staff.”

Phillips said he is nearing retirement in his full-time job as a business analyst with the National FFA organization and isn’t sure what the future will hold for him. But he did mention that the teachers’ contract negotiations of recent years have weighed on him.

“The labor piece has proven frustrating,” he said, noting the stream of grievances levied against the district.

“I ran because I was asked to run on behalf of the (Carmel Clay Education) Association,” he said.

Phillips said that in 2006, his goal was to bridge the gap that existed between the district and the teachers. But he lamented that with the exception of a brief time, the gap has only widened during his time on the board.

“There’s nothing that seems to close this gap,” he said, noting that the board itself contains multiple former teachers’ association negotiators who are there to support teachers.

Phillips said that when the district has offered the teachers association generous contract settlements, each one has been turned down and teachers have gotten less.

“I hope that whoever takes my seat will bring a new sense of optimism … to make the district’s most important relationship more productive,” Phillips said, noting that he was speaking from his own viewpoint and not as a representative of the school board.

He also thinks that hiring the new Carmel schools superintendent was one of his proudest achievements during his tenure and that teachers should take advantage of this moment because Wahl would work to meet them more than halfway.

“I think having hired a truly outstanding superintendent is something this board has done that will allow the district to go to an entirely new level,” he said.

Phillips also has served as a non-voting member of the Carmel Redevelopment Commission for the past three years and said he was very pleased to be a part of a visionary group of people and participate in discussions of moving Carmel forward in a concrete way.

But what’ll he miss most?

“I’ll miss working with the other board members,” he said. “They’re dedicated and capable and they’re getting better.”

“Mr. Phillips’ fresh perspective and inquisitive nature always moved the school board in a positive direction,” said school board President Layla Spanenberg. “We are grateful for Mr. Phillips’ years of service and dedication to the children of Carmel and wish him the very best.”