You are at:Home»Current in Carmel»May primary features two candidates for recorder

The Republican primary on May 6 will feature a contested race to succeed Mary Clark as the next Hamilton County Recorder.

The recorder’s office is responsible for maintaining information on real estate transactions, titles, mortgages and other important county documents. 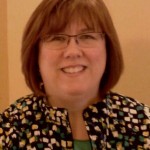 Jennifer Hayden, 48, had previously been the recorder from 2002 to 2010, but she had to step down due to a two-consecutive-term limit on service in that position.

Hayden has been working in the recorder’s office for the past 30 years, and she said she just worked her way up the ladder.

“I love to serve,” she said. “I want to continue to serve the public.”

Fellow candidate Ray Ade, 63, is an independent realtor and a former precinct committeeman who is looking to get into public service.

“I’ve always enjoyed government and I thought that would be an area where I could serve and give something back to the community,” he said.

Ade has spent most of his career in sales, having previously worked for F.C. Tucker for five years and about 15 years as a salesman for contact lens maker Wesley Jessen, among others.

He also has worked as an adjunct instructor at Vincennes University and Ivy Tech in their real estate licensing programs, and as a substitute teacher for the Westfield, Tipton and Sheridan school districts.

If elected in May, Hayden said she would work to maintain the integrity of the office.

She also would like to expand the e-filing process and work to get national and clearinghouse companies to send information electronically.

“Our citizens expect good service and high technology,” she said.

Ade said he believes in organized cooperation and that he would work to continue the tradition of good service in the recorder’s office.

“It’s been a very-well-run organization,” he said. “I think they do an excellent job.”

He also said his experience as a realtor makes him familiar with the role of the office and the documents it preserves.

Hayden would like voters to select her as the next recorder because of her body of knowledge.

She also noted that she was voted Indiana Recorder of the Year in 2010 by her peers.

“I know what I’m doing and I have the experience,” she said. “I think you have to care about the records and the historical process of it.”

Ade said voters would benefit from voting for him because of his work ethic and dedication to providing good service.

“I’ve been known to give excellent service, and I go out of my way to serve the public,” he said. “I do know I can do an excellent job.”

Ade declined to provide Current with a photo for this article.