You are at:Home»Current in Carmel»Carmel Community»Mass transit issue will come before voters as Gov. Pence signs bill 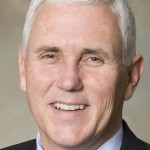 The bill will allow Hamilton County voters to choose whether a regional transportation authority should be created and funded using an increase in income taxes. At least 25 percent of its operating costs must come from fares and 10 percent from other sources, most likely public-private partnerships.

A corporate tax was removed from the bill as a potential funding source.

“I have signed SEA 176 into law to give the people of Central Indiana the opportunity to decide on the future of mass transit in the greater Indianapolis area,” Pence said in a statement. “Our capitol city is a world class destination and needs a world class transit system. While I still have reservations about the sustainability of expanded mass transit services, I signed this bill because the General Assembly made significant improvements during the legislative process, bringing to closure years of debate on this issue. The final version contains no new, local corporate tax, which would have reduced our state’s overall competitiveness, and it contains no light rail, which would have greatly increased the cost to taxpayers in the long term.”

“I am a firm believer in local control and the collective wisdom of the people of Indiana. Decisions on economic development and quality of life are best made at the local level,” Pence said. “Whether local business tax reform or mass transit, I trust local leaders and residents to make the right decisions for their communities. That, along with the improvements made to the bill, is why I have signed SEA 176 into law. Now the people of central Indiana can decide.”

The proposal had been steered through the legislature by State Rep. Jerry Torr, R-Carmel.