You are at:Home»Current in Carmel»3 candidates vie to be Republican candidate for Congress

When U.S. Rep. Susan Brooks took over the seat of longtime Republican congressman Dan Burton, who had served 30 years in that office, she had to stand out in a crowded field. Brooks, who represents Indiana’s 5th Congressional District, defeated Scott Reske with 58 percent of the vote in 2012.

This year, she appears to have a challenge from an upstart candidate who enjoys Tea Party support and another who lives outside the district.

The 5th District contains the northern portion of Marion County and all of Indianapolis’s northern suburbs, and it stretches as far north as the city of Marion, Ind. 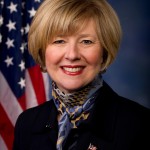 Rep. Brooks said she is most proud of helping constituents resolve 76 percent of the issues they have brought to her office and the passage of the SKILLS Act in Congress in March of 2013. The bill would help to alleviate the current skills gap in our workforce by modernizing federal job-training programs and removing roadblocks that prevent job-seekers from receiving the in-demand training needed for many modern careers.

“So many individuals face frequent and unnecessary struggles when dealing with our challenging federal bureaucracy,” she said. “I am so proud of the work we’ve done and will continue to do on their behalf.”

She said those are in-line with Republican goals to cut wasteful government spending, pay down the national debt, simplify the tax code, secure the border, confront terrorist threats and restore the balance of power created by the country’s founders by assuring the executive branch respects and abides by the laws Congress passes.

But she said she sees this primary as a chance for voters to choose who will best take on Obamacare and improve job prospects and job security in Indiana.

“Obamacare has made our healthcare system worse not better,” she said. “My colleagues and I have consistently highlighted the broken promises of Obamacare, and I have voted on dozens of bills to protect Americans from its negative consequences. Since November, Hoosiers have lost their insurance, lost their doctors and watched their premiums and deductibles skyrocket. I will work to replace Obamacare with patient-centered reforms that allow individuals – not government – to make healthcare decisions and find ways to control the growth of health insurance costs over the long-term.”

The 53-year-old Brooks previously worked as a small business owner, local government leader, federal prosecutor, a workforce development executive at Ivy Tech and a non-profit board member. She resides in Carmel with her husband of 27 years, David Brooks. They have two adult children.

“I hope the individuals and all the groups I have met with have witnessed my passion and dedication to listen, to serve and to act on behalf of Hoosiers in the 5th District,” Rep Brooks said. “I hope I have earned the trust and confidence of the voters to represent their views and best interests in the House of Representatives and would ask for their vote.” 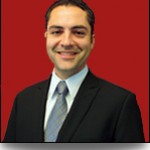 David Stockdale said he decided to run for Congress because young folks like him, tea party folks and libertarian-leaning Republicans have become frustrated with the old guard in the party.

“Folks like myself are sick of the way the old establishment has been running the party,” he said.

Stockdale said he would represent the constitution and his constituents – not just the party. He said the country is at a turning point because many people see no difference between Republicans and Democrats, and that he could draw a stark contrast between himself and Rep. Brooks.

He said that Brooks votes with Republican party leadership 97 percent of the time and that she accepts campaign dollars from the political action committee of Speaker of the House John Boehner, R-Ohio.

“It’s time that we have representation in the 5th District that represents the people,” Stockdale said. “It’s not party first, it’s constitution first.”

The three central issues he sees being at stake in this primary are selecting a candidate who represents constituents and the constitution, someone who will work for smaller government and less spending and someone who will work to uphold the Bill of Rights and not allow the NSA to continue infringing on citizens’ rights.

“There is a battle between those of us who believe the Bill of Rights is not a suggestion and the leaders of the party who believe they can do as they like,” Stockdale said.

In regard to the economy, he said he would support the Fair Tax as a means of tax reform, and that there’s a need for entitlement reform, regulatory reform and transferring authority back to the states.

Stockdale, 35, lives in Carmel and graduated from Carmel High School. He earned a bachelors degree in marketing and international studies from IUPUI and a masters degree in international relations from the University of Indianapolis. He began his career in the banking industry, working his way up from a part-time teller and eventually a position retail administration – all while putting himself through school.

Since 2008 he has owned his own business, David Stockdale and Associates, and he works as an independent health insurance broker where he’s licensed in a 15-state area. And his independence has given him the freedom to pursue politics on a large stage.

“I was afraid there would not be a voice for liberty in the race for Congress in the 5th District,” Stockdale said. “I thought it was my time to carry the flag.”

Stockdale said he would ask voters to realize that even though he hasn’t held elected office before, he meets the constitutional requirements to run for Congress.

He said he thinks that the best candidates often are the ones who have successfully run their own business and that this election will provide a chance to stop the growth of government.

The Current in Carmel made numerous attempts to solicit answers from Mike Campbell, but received none by press time.

Campbell does not reside within the boundaries of the 5th District and maintains a home in Cambridge City, Ind., in the eastern portion of central Indiana. We are not aware of a campaign website, campaign manager or even a fundraiser for the candidate.

Questions for Campbell can be directed to campbellforcongress2014@hotmail.com.