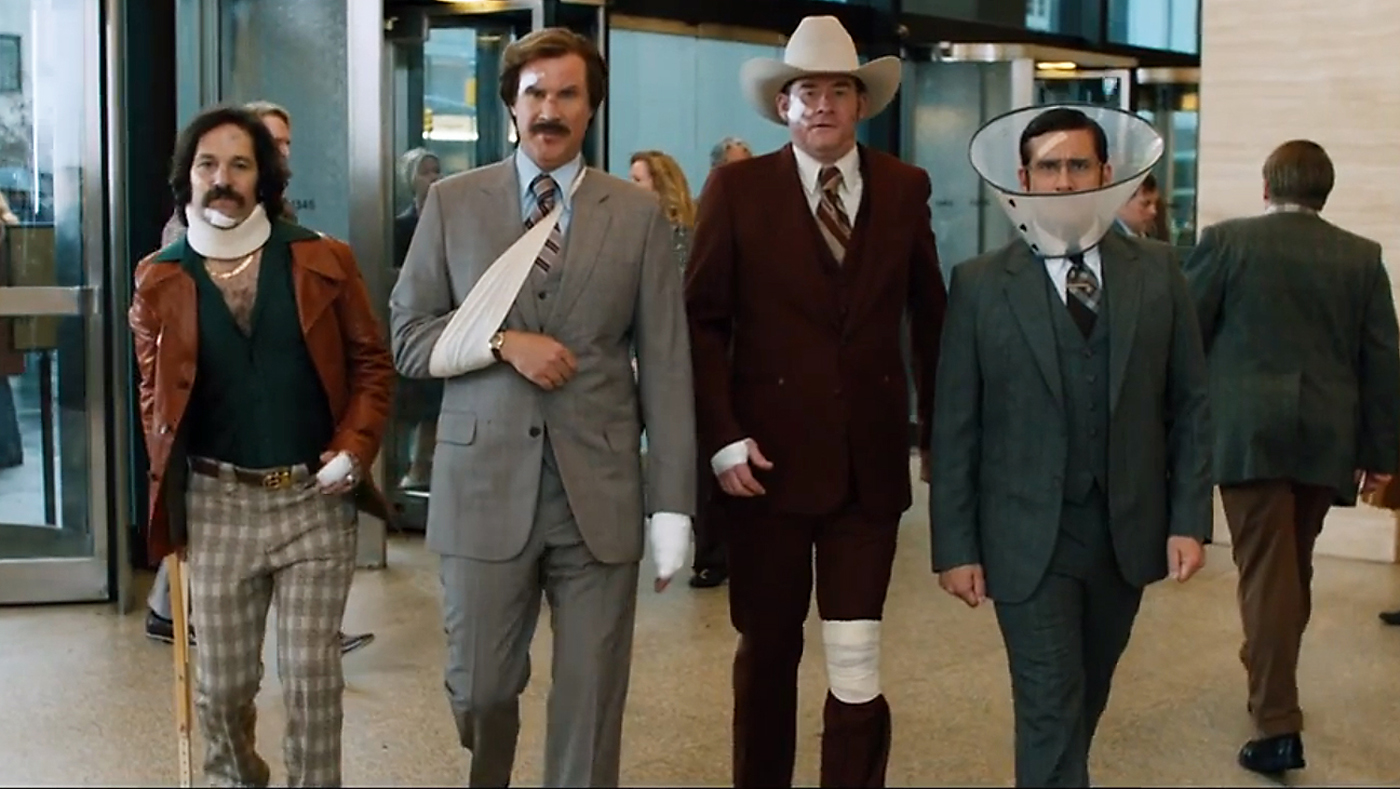 The first “Anchorman” movie was spectacularly overrated, and the sequel is a heaping helping of seconds.

Oh, you’ll laugh during “Anchorman 2: The Legend Continues.” Probably chortle quite uproariously on a half-dozen or so occasions. The rest of the time, though, is waiting around for that next big ROFL moment to arrive. During these portions, which make up the bulk of the overlong 119-minute runtime, the movie is barely tolerable.

Will Farrell returns as Ron Burgundy, the worst newscaster in history (circa 1979). As the story opens he loses his job and his marriage simultaneously, but gets a second chance at the then-new enterprise of television news broadcast 24/7.

Relegated to the wee hours of the morning, he and his crew of nitwits (Steve Carell, Paul Rudd, David Koechner) soon make a splash by giving the audience exactly what they want – car chases, cute critters and jingoistic patriotism.

As a critique of TV news, “Anchorman 2” is pretty weak tea, hitting all the obvious notes without much flair. So the movie has to rely on its characters and humor, which are the very definition of scattershot.

As Ferrell & Co. stand there, barking out absurd dialogue until something sticks. But is one hit to every 20 misses worth your time?