You are at:Home»Current in Fishers»Seed company Beck’s Hybrids growing headquarters in Hamilton County

“Indiana’s economic growth is sprouting from farms across the state,” Lt. Gov. Sue Ellspermann stated. “Here in America’s heartland, growing the food on our tables and building the tools for our world remains a Hoosier specialty. The innovation coming from Beck’s Hybrids melds the two, developing high-performance seeds for our farmers.” 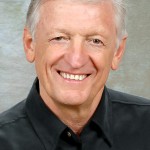 Officials said the expansion will ease the company’s continued growth, which has been advancing by nearly 20 percent annually for the past 40 years. Construction, which will start this summer, will take approximately three to four years to complete.

“Over the last few years, we’ve experienced significant growth across our marketing area with new sales territories, new facility locations and new employees,” stated Sonny Beck, president of Beck’s Hybrids. “This expansion not only shows our commitment to Midwest farmers, but our long-term partnership with the community, county and state of Indiana.”

New construction projects this year include two new 4,000 square-foot greenhouses and the expansion of the biotechnology building, which will provide more office and laboratory space for research and product development. The company will also add four machinery storage buildings for trucks and seed equipment.

In the next three to four years, the expansion includes an additional soybean seed processing tower that is expected to produce one million bags of seed in the first year. As growth continues, new seed drying and storage facilities will be constructed.

The Indiana Economic Development Corporation offered Beck’s up to $825,000 in conditional tax credits and up to $75,000 in training grants based on the company’s job creation plans. Hamilton County will consider additional property tax abatement at the request of the Hamilton County Alliance.

“Hamilton County is pleased to support the expansion of Beck’s Hybrids operations at their U.S. headquarters in Atlanta,” stated Rick McKinney, president of the Hamilton County Council. “We are excited by their continued growth and their decision to invest in Hamilton County. We have supported their previous expansions, which have exceeded projected goals.”