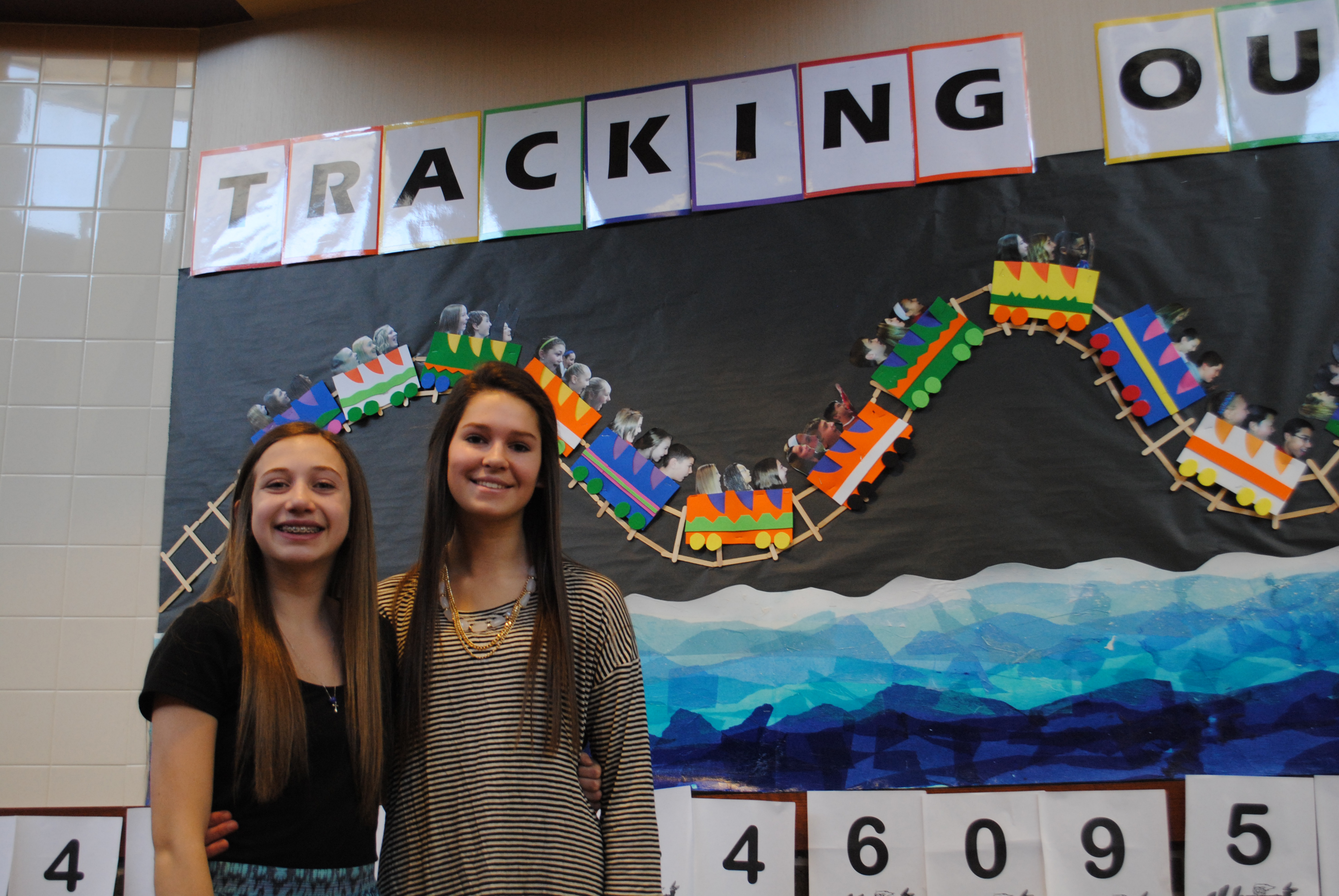 Ellie Avagian, left, and Kylie Kuchik were chosen to represent the science classes of Clay Middle School. The students in the science classes raised more than $4,000 for relief efforts related to Hurricane Sandy, which devastated parts of the east coast in 2012. Shown behind the students is a portion of the numeral Pi. (Staff photo)

Since the beginning of the school year, students in the science classes at Clay Middle School had known they wanted to raise money to help other people in need.

But it wasn’t until a student happened to wear a T-shirt showing the Seaside Heights, N.J., roller coaster submerged in the ocean following 2012’s Hurricane Sandy that the students found their spark of an idea.

And that spark quickly caught fire.

“We started it last October,” said Clay Middle School student Kylie Kuchik. “It feels really good because we raised over $4,000. I feel like I can really make a difference.”

Kuchik said that to raise the money, students tried multiple fundraising tactics. They passed buckets around their science classrooms to collect spare change, they conducted a fundraiser at City Barbeque and they held a “Shoot for Sandy” event at their basketball games where people could pay $1 to enter a free-throw shooting contest.

But the most visible sign of their fundraising efforts came through their “Pi Contest.” For $1, a student’s name would be placed on a numeral from the number Pi. Because Pi is irrational and its digits infinite, the number trail stretched throughout the school’s hallways.

“We never imagined we’d be able to raise so much money, so it’s a really big accomplishment for us,” said Clay Middle School student Ellie Avagian.

Access National Mortgage matched the funds raised, which will all go to the Robin Hood Foundation to help victims of Hurricane Sandy.

And the students’ efforts even earned a special thank-you from New Jersey Gov. Chris Christie, who sent a recorded message to students that they watched during a special lunch catered by City Barbeque.