You are at:Home»Current in Carmel»Carmel Cover Stories»Fanboys! comic store opening in Carmel this month 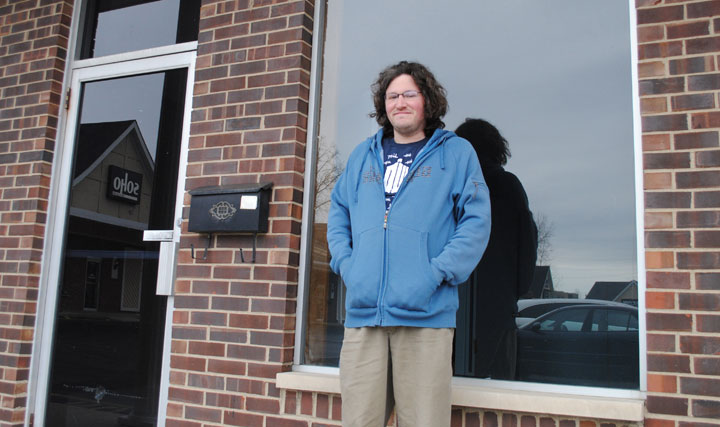 The dream of the ’90s is alive in Carmel.

Hot on the heels of the announcement that a former Carmel comic book store would reopen on Main Street, another entrepreneur who grew up shopping at The Foolery said he plans to open a comic book store this month, too.

Owner Matthew Hastings said he’ll open Fanboys! comic book store next to Roma Ristorante in the Monon Square shopping center near the intersection of 126th Street and Range Line Road during the last week of April.

For a subculture of comic and gaming fans, the news is like leaving a famine to find your cup runneth over.

“Since Net Heads closed (its doors at West Main Street and Old Meridian in 2012), there has been no place for nerds to hang out,” Hastings said.

He said his vision for Fanboys! is for it to be a space for people to come hang out, that just happens to have a comic book store up front. But building a community would always be the primary mission.

Hastings said the store would carry comics, games and Star Wars, Star Trek and Lord of the Rings collectibles.

“Basically, anything that people go bonkers for,” he said.

Fanboys! will have a gaming table for people to play role-playing games like Pokemon, Magic: The Gathering or Warhammer. And it might one day add a movie screen to allow it to show old horror movies or TV show premieres.

And don’t expect Fansboys! and The Foolery to get into a comic book war. Hastings said he was always a fan of the store in the ’90s – often riding his bike from his home near 106th Street and Keystone Parkway to its former Main Street location. It’s where he spent all his time and money. And now he’ll likely sit down with The Foolery’s owners to find a way in which they can coexist peacefully and complement each other.

And if anything, he said the competition has only validated the need for a comic book store in Carmel. But that might be the least of Fanboys!’ dilemmas. The most pressing might be that a new generation of kids has grown up without visiting a local comic book shop.

“A lot of kids may not have a comic book background, so we’re going to have events like gaming tournaments to bring them in,” Hastings said, in addition to conducting fundraising events and sponsoring local sports teams.

“There’s also going to be very kid-friendly sections of the shop. It’ll be very family-friendly focused,” said Hastings, who formerly worked as a teacher’s assistant for special needs kids.

“There will be no snobbery,” he said. “Part of our mission is to not be the Comic Book Guy from ‘The Simpsons,’” he said.

And don’t let the name Fanboys! fool you – Hastings wants the shop to be welcoming to girls, too. He said there will be lines of Power Puff Girls, Dr. Who and manga selections to choose from, and even the store’s frequent buyer program will offer special cards for “fan girls.”

And the opening the final week of April is no coincidence – it coincides with Free Comic Book Day May 3.

“We wanted to open before Free Comic Book Day to have a party and give away a bunch of free comics,” Hastings said.