You are at:Home»Current in Zionsville»Column: Forget the name? Just read the shirt 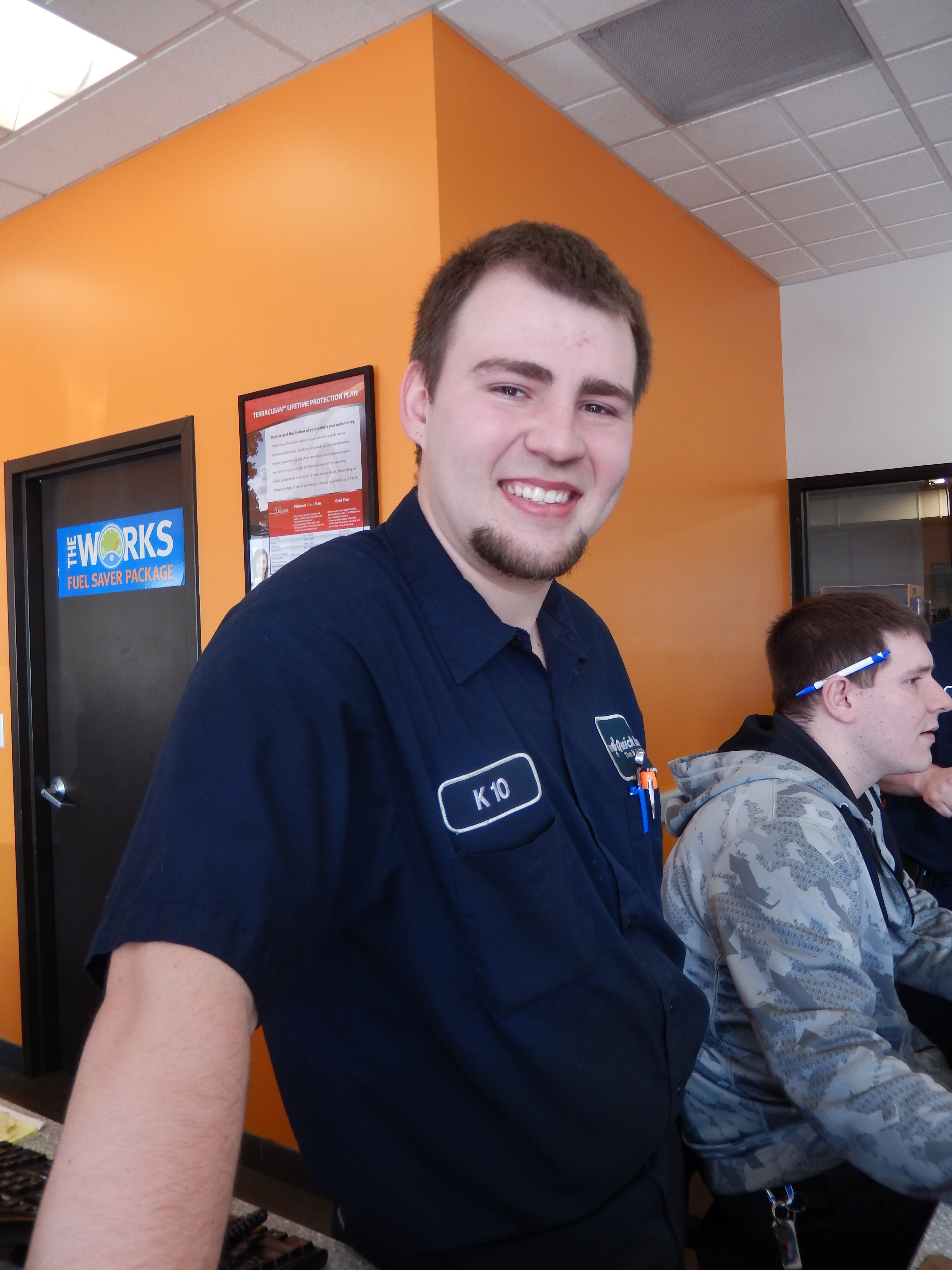 “K-10” is shown at work at Quick Lane Tire and Auto Center. (Photo by Donna Monday)

Just last week, I found two while going about my own business. The first, I found while having the oil changed in my car. I was at Quick Lane Tire and Auto Center at 106th Street and Michigan Road. The car and I were ready to go, when a mechanic handed me my keys.

I pointed to the shirt and observed, “That’s a story”.

Turns out his real name is Caton Damron. People weren’t sure how to pronounce “Caton”. The person who had the most trouble getting it right was his boss, Pete Charles. Pete confesses that he kept calling Caton “Kaitlyn”.

“I have two nieces named Kaitlyn,” Pete said. “And I often unintentionally called him Kaitlyn. I thought that wasn’t fair; it was disrespectful. I thought his name sounded like K-10. So, I had the shirts made.”

Which is why Caton now has 11 work shirts, each sporting the name “K-10”.  He likes it, he says, for a very simple reason.

“It’s unique, and everybody remembers my name,” he said.

The new name works well. According to Pete, Caton now signs all his paperwork “K-10”.  And that’s what the customers call him. And why not? That’s what the shirt says.

Good thing it’s not K-9,” I said as I took my keys and headed out the door.

As for the other name I found, that’s another column. Stay tuned.