You are at:Home»Current in Carmel»Help support Carmel student’s chance at drawing a Google logo 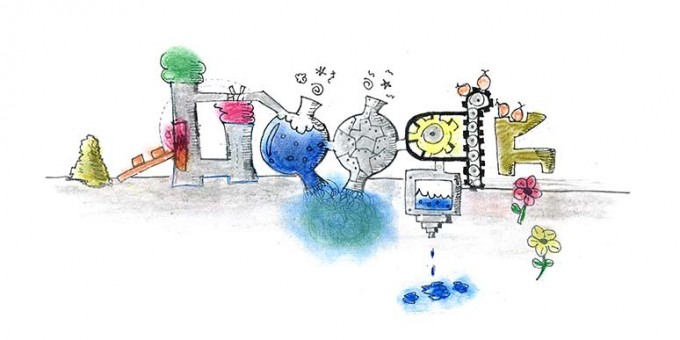 Everyone in Carmel has the chance to help vote for Forest Dale Elementary School fourth-grader Connor Heagy’s artwork to be a featured Google logo on the search engine’s homepage.

Connor’s “doodle,” called The Trashformer, was recognized as the State of Indiana winner and it was inspired by a contest theme of: “If I could invent one thing to make the world a better place.”

The National Winner will have his or her doodle featured on the U.S. Google homepage. That student also will be awarded a $30,000 college scholarship to be used at a school of his or her choice, a trip to the Google headquarters in California for the final awards ceremony on May 21, a Google Chromebook computer, an Android tablet and a T-shirt printed with his or her doodle on it.

There’s also an added incentive for Carmel residents to vote. The winner’s full-time school will also be awarded with a $50,000 Google for Education grant toward the establishment or improvement of a computer lab or technology program with Chromebooks for Education or tablets with Google Play for Education.

Votes will be accepted from April 29 through May 9. Anyone can vote online for Connor Heagy by visiting the Doodle 4 Google website:  http://www.google.com/doodle4google/vote.html#d=d2-1###