You are at:Home»Current in Fishers»Life-saving heroes recognized 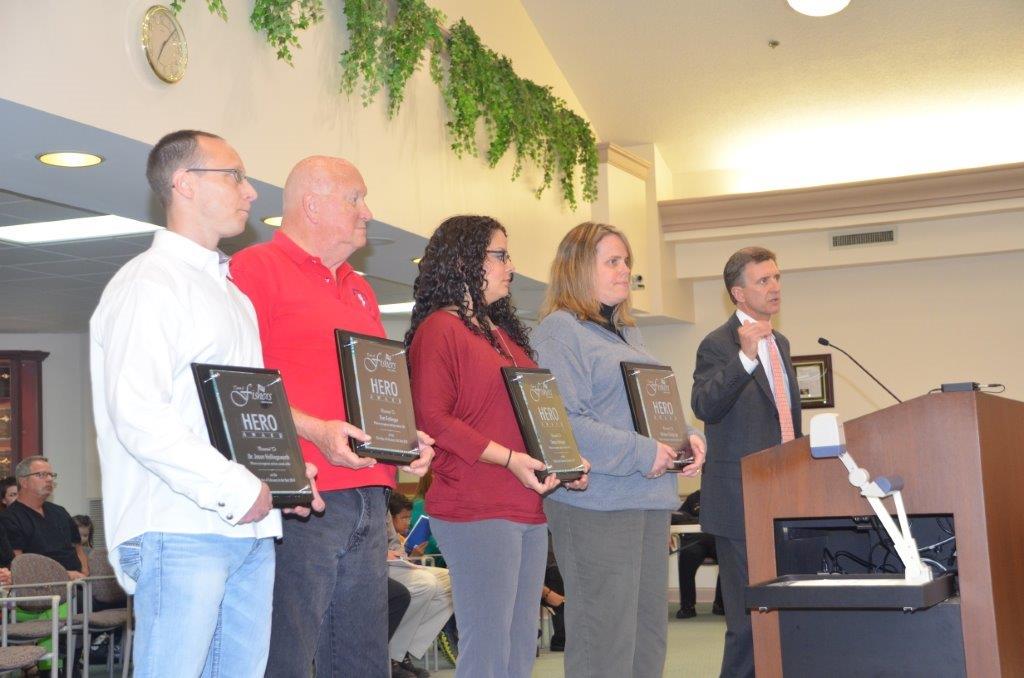 Four good Samaritans were honored during the Fishers Town Council meeting on April 21 for helping to save the life of a 12-year-old boy. Joel Tsetse collapsed while playing basketball at Fishers Junior High on Feb. 22.

Fishers Police Sgt. Troy Fettinger witnessed his collapse, called for emergency medical help and administered a shock from the Automated External Defibrillator (AED) that he retrieved from his patrol car. In the meantime, four people who were at the basketball game joined in the effort to help Joel, giving him CPR and providing support until emergency crews arrived. Their efforts saved Joel’s life. The four are Dr. Jason Hollingsworth; Tom Fettinger, father of Sgt. Fettinger and an EMT; Dama Fettinger and Kristin Eiteljorge.

In other action, the Council also approved a proposal by Councilman Stuart Easely to form a committee of three school board members and three town council members to try to help solve Hamilton Southeastern School’s budget issues. The goal is to find budget efficiencies between the two entities including the possibility of having the Town of Fishers purchase land from HSE for use by the town. The other goal of the committee is to focus on a plan to lobby the Indiana General Assembly to change the current Operating Funds Formula that impacts schools.