You are at:Home»Current in Carmel»Carmel Community»Classical singers, musicians combine forces 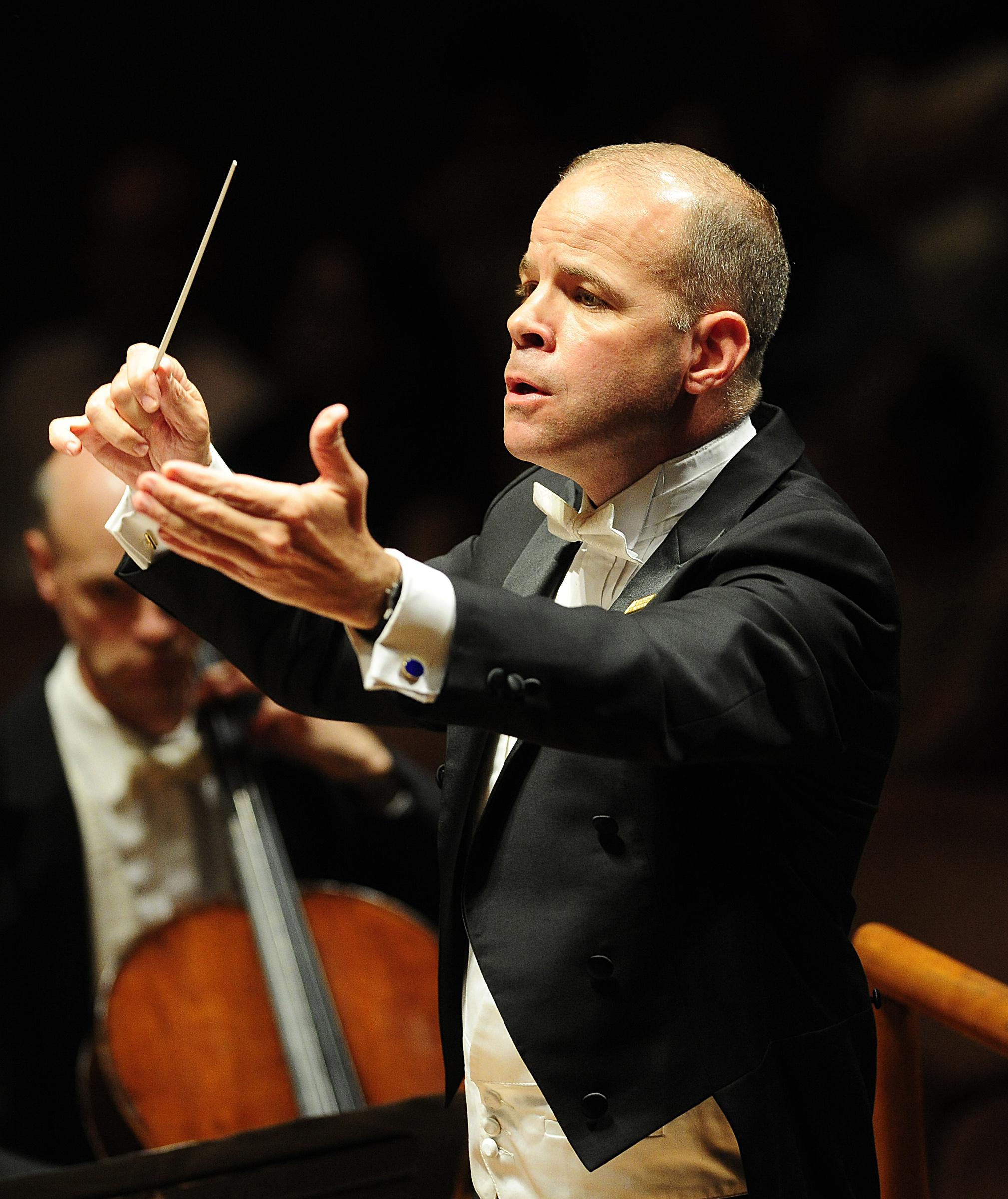 Conductor Eric Stark will lead a performance of Benjamin Britten’s “War Reqiuem” on May 3.

Being a little late in a good cause may be a trivial problem when the payoff is expected to be huge. That’s what Eric Stark, artistic director of the Indianapolis Symphonic Choir, is anticipating when he conducts more than 300 musicians at the Palladium on May 3.

In 2013, international observances of the Benjamin Britten birth centennial were widespread. The British musician had made his mark in the 1930s, and by the time he died in 1976, was considered his country’s greatest composer of the 20th century’s middle decades. His “Ceremony of Carols” is frequently heard at Christmastime, and his opera “Peter Grimes” is one of the few modern operas to have a solid place in the repertoire.

Stark planned to climax last season’s schedule with a concert devoted to “War Requiem,” Britten’s setting of the Latin Mass for the Dead and poetry by Wilfred Owen, who died in service to king and country mere weeks before the Armistice ended the First World War. The work was commissioned for the 1962 consecration of Coventry Cathedral, which had been damaged in World War II.

But Stark wanted to lead up to the event with a tour of sites significant in Britten’s life beforehand, building anticipation and support among the choir’s donors and friends. Since those concerned with the Britten legacy in the United Kingdom were renovating one of those sites in 2012, the Symphonic Choir’s tour was delayed a year, until last June.

In 2006, Stark had mounted a performance of “War Requiem,” which demands three adept vocal soloists, a large orchestra, and choirs including a boys’ (or children’s) choir, at St. Luke’s Methodist Church. Though he remains grateful for the church’s accommodating the massive concert, landing the Palladium for the 2014 centennial performance is especially exciting because “it’s the best option in the area,” he said.

Stark, who was just named a Sagamore of the Wabash, is now in the midst of a week of rehearsals, culminating in two rehearsals for the massed forces on Thursday and Friday in the Palladium.

“There’s a real through-line to this piece, with the full chorus singing the Latin text only, yet it’s still amazing how the Owen text seems to have been written just for this piece,” Stark said.

Britten was explicitly a pacifist, and this work goes beyond mourning the dead and their sacrifice in order to protest against war in general.

“The poetry reflects the ghastly horror of trench warfare,” Stark said. “Any romanticized notion is rendered insincere and farcical. Whatever one’s political beliefs, we can rally around the thought that we should treat each other with compassion.”

Half-hour “Words on Music” at 7:10 p.m. May 3 in the hall featuring ISC scholar-in-residence Dennis Shrock, a member of the choral faculty of Texas Christian University and former conductor of the Santa Fe Desert Chorale. It’s free to ticket-holders.